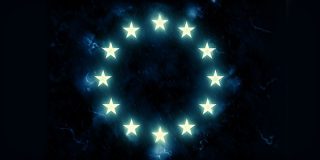 Irwin Mitchell / Cebr Study Highlights Some Signs of Recovery By 2018

The UK’s largest cities are expected to see significant reductions in economic growth in the next year following the decision to leave the EU – according to joint analysis by national law firm Irwin Mitchell and the Centre for Economic & Business Research (Cebr).

The latest UK Powerhouse study says London’s economy is due to be hit hardest in the short-term with Cebr revising its predictions for growth in GVA* across London from 2.4%  to 0.4% in the 12 months to Q1 2017 following the outcome of the referendum vote.

Analysis by Cebr predicts GVA growth within London will rise to 1% in the 12 months to 2018, but will still be significantly lower than where the capital’s economy was expected to be before the surprise Brexit decision.

Large cities outside London such as Birmingham and Manchester are expected to see economic output fall to 0.5% in the 12 months to Q1 2017 compared to annual growth of 1.8% which was predicted before the decision to leave the EU. These cities’ annual growth is predicted to exceed 1% by Q1 2018 – still below the pre-Brexit result forecast levels of 1.6% and 1.7% respectively.

The fast growing economies of Milton Keynes and Cambridge are expected to lead the way but are still expected to suffer a fall in GVA of more than 1% in the 12 months to 2017. These cities are expected to recover more quickly than others with 2018 growth pushing back up to the 2% level.

“These forecasts demonstrate the significant challenges that many businesses face in the UK.

“All of the cities in the study are expected to see growth rates slow significantly and although there are signs of recovery as we move through 2017 into 2018, output is still anticipated to be lower than it would be if the referendum vote had gone the other way.

“These result show that recovery rates of the cities differ considerably and despite many commentators suggesting the government’s Northern Powerhouse initiative will be put on the back burner, this forecast actually demonstrates that the need for economic rebalancing is stronger than ever.

“Dealing with this current economic uncertainty presents a tough challenge for many businesses and following Brexit, there could well be further instability. Although it’s going to take some time to understand the full impact of the referendum result, many organisations are already considering a wide range of legal issues in order to ensure they’re as prepared as they can be for a future when the UK is no longer in the EU.”

Sam Alderson, an economist at Cebr, said: “The economic environment still remains highly uncertain following the referendum results but it is clear that there is going to be a negative short-term impact on the British economy. Data from the YouGov/Cebr Business and Consumer Confidence Indices show a sharp fall in optimism on both sides of the economy suggesting a knock-on impact on both consumer spending and investment.

“There are however  a range factors helping to offset the decline including the likelihood of further monetary easing from the Bank of England, the improvements in household finances seen through 2015 and the competitive boost provided by the weaker pound.”