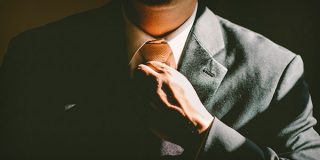 A report from the Confederation of British Industry (CBI) has revealed that business confidence has fallen at its fastest pace since January 2009.

Since the UK voted in favour of  Brexit, business expectations of how many orders will be received in the next quarter have fallen to levels not witnessed since January 2012, according to the CBI’s findings.

Some top level economists said the Industrial Trends Survey’s results added weight to the argument that the economy is heading towards a recession.

Despite optimism being low, total output among over 500 manufacturers surveyed has increased at the fastest pace for two years.

The survey showed that over 50 per cent of firms said they were less optimistic about the UK’s general business situation than during the previous quarter.

Investment intentions have also dropped, with building investment plans down from 6 per cent in April to minus 23 per cent this month, according to the CBI.

Investment plans for machinery and plant items slid to minus 5 per cent this month, down from 17 per cent in April.

Manufacturing firms surveyed said they expected order levels for the next quarter to remain flat.

Last week law firm Irwin Mitchell released a Brexit update to their UK Powerhouse study, compiled with Centre for Economics and Business Research (Cebr), which looks at how voting to leave the EU has affected forecasts for economic growth across major cities in the UK.

The short term future of Britain’s economy looks uncertain but I am confident that companies here will tackle these difficulties head on and rise to the challenge.

Our report’s most recent forecasts show the UK’s city economies suffer in the short term but will be growing at a stronger level again by 2018.

It’s noticeable that the rate of economic recovery is different and that some of the cities in the North will continue to struggle compared with their counterparts in the South. In other words, the need for economic rebalancing is as strong as ever.

The economy will face many challenges over the next 12-18 months and we need to make sure that the Government is doing everything possible to support businesses in the right way to ensure they can bounce back from these times of uncertainty.