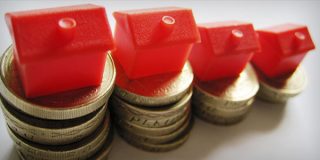 Despite the Brexit vote and the slowing in the rate of growth in the UK economy since the beginning of the year, UK businesses have been showing considerable resilience as they contemplate their property requirements over the longer term,  according to a survey by law firm Irwin Mitchell.

• Only 3% of these said that the vote to  leave the EU impacted on their property decisions. An overwhelming 93% said the referendum result had no impact, with 4% said they did not know and would wait and see.

• Only 1.2 % of businesses said they actually planned to reduce their space requirements.

• Only two companies revealed they had put off expansion decisions and were now going to stay in the same space for the short term at least.

It appears that the Brexit decision has certainly not led to panic among business occupiers who are largely following a  “business as usual” path.

There is however, less confidence about rental growth when compared to attitudes in the pre-Brexit vote. In early June,  42% of businesses surveyed said they thought rents would rise in the next twelve months:

• In June 2016 none of the businesses surveyed thought rents would go down, 10% of those re-surveyed now think they will. In both cases a majority, however said they feel rents will stay the same- 58% of those sampled in June compared to 43% now.

Other key findings from our survey:

• For the first time, the North (especially the North West) comes out  as the most popular area for relocation and expansion, overtaking London. The 28.3% of the vote given to Manchester could reflect the city’s stunning growth and the trend to attract certain types of occupiers. New industries such as graphene and quantum dots, together with the fact  that Manchester is also now widely recognized as being the UK’s second city, with a GDP of £28billion, is  greatly helping  the recruitment of young professionals – also influencing large service sector professional occupiers to the city.

“The influx of new businesses and young professionals really does make the North West feel like a credible and cheaper alternative to London as a place to do business. Along with all the other factors there are three Universities almost within touching distance and one of the largest post-graduate and undergraduate populations in Europe – all ripe to be picked up by the next large occupier who wishes to look outside of London for rental value.”

• Occupiers in London do not seem to be as keen to be moving offices as previous surveys have indicated.  The question is whether  this is due to the uncertainty caused by the EU referendum debate which particularly impacted on London or due to the still massive costs of moving and taking on space in the capital that is driving more occupiers to reconfigure existing space.

• In London itself, the City,  with 54% of the vote, remained as being the top sought after location for business occupiers, an increase on both six months and a year ago, followed by the M25/ Doughnut Ring  (30%) and The South Bank (7%)  third, the latter reflecting the residential development across Southwark and Elephant and Castle. Both the West End and Midtown (Holborn) came low on the list probably due to high costs and affordability than the City and other expanding areas.

• UK businesses now prefer to be in in space near strategic transport hubs- voted for by over 50%  of our survey, reflecting the success of schemes such as Kings Cross and Paddington Basin. Being in city centre space came  second (36%) for the first time since our survey began two years ago.

• Of those businesses staying in the same space:  57% said they would look at reconfiguring their offices, followed by 23% saying they would consider hot desking and flexible working patterns. The trend seems to be for office occupiers to try and maximise space efficiency within their current offices, perhaps reflecting the costs and upheavals of taking on new space. 57% of those surveyed also said they would consider co-working practices (sharing their offices with other companies on a flexible basis with the aim to reduce costs and promote networking).

• 82% of businesses said employee well being was a high priority for them. Free refreshments, cycling facilities and implementing environmental techniques, such as bringing in daylight were equally popular receiving around 30% of the vote each.

• 47% of businesses said the building of highways was the most important initiative, followed by a vote for HS2 40%. There seemed little appetite for HS3 (5.5%) or airport expansion (3%), with businesses having no preference for this being either at Gatwick or Heathrow or elsewhere.

“The attractions of businesses to regions other than London has been highlighted for the first time since we began this survey, perhaps reflecting the still very high costs of doing business in the capital. That said businesses seem even more aware of the north / south divide and there is a strong call for infrastructure improvements and connectivity among regional cities to promote regional growth. But this needs to be funded. Businesses have made it clear they want Central Government to step in and help stimulate the economy by increased investment. Let’s hope that despite the change in Chancellor, the Northern Powerhouse maintains strong Government support.”

Rob Thompson, Head of Real Estate in London added: “The survey results are very interesting – overall  business occupiers’ attitudes to their property has remained fairly positive despite concerns about economic and political stability following the referendum. The fact that only 3% of businesses surveyed said that the result has affected their immediate property decisions is certainly encouraging and flies in the face of the “doom and gloom “ merchants.. It will be interesting to see if that confidence remains as strong going forward.”