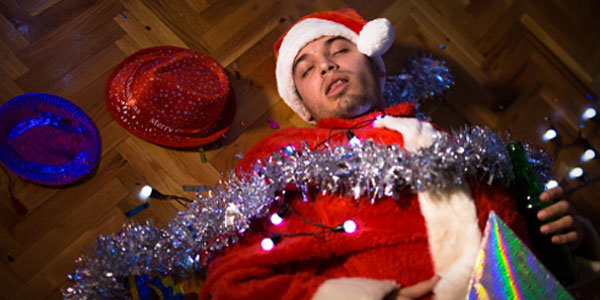 An employer is usually held vicariously liable for the torts of an employee committed “in the course of employment”. A recent case is a good reminder of the problems that can arise at Christmas parties and give guidance on when an employer can still be responsible for an employee’s actions even when they occur during a social event.

Mr Major was managing director of the Northampton Recruitment Ltd. In 2010 he recruited the claimant, Mr Bellman as a sales manager. At a Christmas party in 2011, all employees plus their partners were invited. Following the party, half of the guests, including Mr Major and Mr Bellman, went on to a hotel where some were staying. The company paid for the taxi to the hotel. The majority of the group continued to drink alcohol and it was expected that the company would pay for at least some of the drinks. Discussions turned to work and it became heated. Mr Bellman challenged Mr Major who responded by punching Mr Bellman twice.

This was, as the judge described it, an “impromptu drink”, not a planned extension of the party. However, since the company paid taxi fares for all party guests, it paid for taxis to the hotel.

The second blow knocked Mr Bellman to the floor, fracturing his skull and rendering him unconscious. Later medical reports confirmed severe brain damage and it is unlikely Mr Bellman will work again.

Mr Bellman brought a claim for damages against the company on the basis that it was vicariously liable for Mr Major’s conduct (i.e. responsible for the actions of its employees).

The High Court (HHJ Cotter QC) dismissed the claim and held that the company was not vicariously liable for the assault. A key finding in the court’s reasoning was that this was an “impromptu drink” which was not itself a part of the work Christmas party (despite the expectation that some or all of the bill would be met by the company), and that just because the attack had followed a discussion of work matters did not mean that it was necessarily “in the course of employment”. Put another way, the test for when vicarious liability arises was not met and the incident was not sufficiently closely connected with the employment.

Tip – Although in this matter the company wasn’t liable, there are past cases where a company has been liable for actions of “drunk” employees.

It is advisable to make it clear prior to Christmas parties that it is a work function and employees should act responsibly. Conduct at a work function could lead to valid claims against the company (we have seen many!) so it is still appropriate in our view to advise employees that mis-behaviour could be deemed to be work related and so lead to disciplinary action.

Does a suspended employee have the right to attend the office Christmas party?

Suspensions should only happen where there are good reasons for doing so, usually to avoid interference with evidence or to limit contact with employees so as to allow a disciplinary investigation to progress. On that basis therefore, it would be unusual for employees who are suspended to be invited to a Christmas party.

Tip – A well drafted suspension letter should explain (when necessary) that the employee should not communicate with colleagues unless authorised by a manager, so it should not come as a surprise to a suspended employee that they are not permitted to attend the Christmas party.

Where you can see that a suspension is likely to coincide with a work-related social event we suggest that you state in the suspension letter that the employee should not attend, whilst making clear that this is consistent with the terms of suspension and is not intended to reflect any assumption of guilt or be seen as a punishment. This should avoid any aggrieved suspended employee making complaints at the time of the event as they have had a pre warning.

Can I deduct wages if an employee fails to attend the Christmas party?

For many, the point in holding a Christmas party is to reward the staff and also to give the staff an opportunity to mingle with other members of the office they may not speak with on a day to day basis.

It can therefore be disappointing when some staff members decide not to attend.

The issue over whether or not a member of staff can have their wages deducted if they do not attend the party depends on a couple of factors:
1. The time that the party was held (if in work time, they could more reasonably be required to attend if it falls into the reasonable expectations of their role)
2. Does the employee have a legal right to be paid wages for the period in question?

If you were having the Christmas party out of working time, and staff were not being paid extra to attend, you could not fairly deduct wages from an employee who didn’t attend nor could you require their attendance. It is, in these circumstances, a voluntary matter.