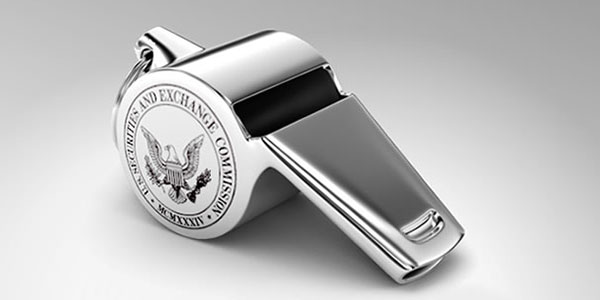 Employment lawyers at Irwin Mitchell say that a Court of Appeal ruling in relation to whistleblowing has provided some clarity for businesses to determine whether complaints about an individual’s own contract can be ‘protected disclosures’.

The Chesterton Global Ltd and another v Nurmohamed case examines the crucial ‘public interest test’ which was introduced into whistleblowing law as part of changes made in 2013 to help avoid situations where workers made protected disclosure claims to complain about breaches of their own contracts of employment.

Now individuals must demonstrate that they ‘reasonably believe’ that their disclosure was made ‘in the public interest’. This has led to much confusion and arguments have been raised in a number of other claims about how many people must be affected before a disclosure can be said to meet this criteria.

In this landmark case, Mr Nurmohamed worked for the estate agency Chestertons and brought a whistleblowing claim after it changed the way in which it paid commission to its estate agents from a system based on revenue to one calculated on actual profits. Although Mr Nurmohamed reluctantly agreed to this change, he believed that it would have a serious impact on his earnings and he monitored the new arrangement. Having done this, he believed that company profits were being artificially suppressed to reduce the level of commission payable by around £2-3 million.

Mr Nurmohamed argued that about 100 other managers were affected by this and claimed that, as a result of the number of people involved, his complaint was in the public interest. Shortly after making his complaint, Mr Nurmohamed was dismissed and brought claims of unfair dismissal and whistleblowing.

In considering whether the public interest test was fulfilled, the Employment Tribunal found in favour of Mr Nurmohamed and upheld his claims. It accepted that a group of 100 people was enough to meet the definition of ‘the public’. It stated that the ‘public’ can mean a section of the public rather than the public en masse.

Following an appeal by Chestertons, the Employment Appeal Tribunal (EAT) upheld the tribunal decision. It appealed further to the Court of Appeal which heard the case on 8 June 2017.

In delivering its judgment, the Court rejected the employer’s argument that to meet the public interest test, others outside of the workplace must also be affected or would otherwise benefit from the disclosure. The charity, Public Interest at Work also intervened and argued that if more than one person was affected by the wrongdoing, that should be considered sufficient to be in the public interest. That approach was also rejected.

The Court of Appeal found that the Employment Tribunal were correct to find that Mr Nurmohamed’s disclosure was in the public interest because it affected a significant number of employees; the wrong doing was said to be deliberate; the misstating of the accounts was significant and the organisation itself was a well-known national firm of estate agents.

“Similarly, the nature of the wrong doing is also relevant; something that is done deliberately is more likely to be in the public interest than if it was inadvertent even if it affects the same number of people.

“That said, the numbers of other people affected remains important because the more people affected by a contractual breach, the more likely it is that there will be other features of the situation which will engage the public interest.”