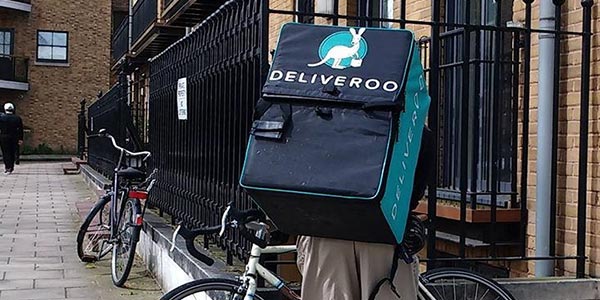 The employment status of Deliveroo riders will be determined at a tribunal at the end of May and according to lawyers at Irwin Mitchell, it could have significant repercussions for the rights of others in the so-called gig economy.

The tribunal will look at whether Deliveroo riders are workers or self-employed in hearings on 24 and 25 May 2017.

The case is being brought by the Independent Workers’ Union of Great Britain, which claims Deliveroo incorrectly categorises individuals as independent contractors rather than workers.

The IWGB has applied to determine employment status and to force Deliveroo to recognise it for the purposes of collective bargaining on behalf of riders working in Camden.

If the tribunal rules in favour of the union, Deliveroo could be forced to give its riders statutory benefits including sick pay, national minimum wage and paid holiday.

Jason Moyer-Lee, general secretary of the IWGB, said: “For years employers in the so-called gig economy have been able to get away with unlawfully depriving their workers of employment rights to which they are legally entitled. In this tribunal hearing we intend to expose Deliveroo’s sham operations and force them to finally reckon with the rule of law.”

Details about the case follow a number of cases relating to the employment status of workers. Private hire firm Uber announced last December that it is appealing a tribunal decision which claimed that the employment terms and conditions of their drivers meant they were not technically self-employed but were in fact ‘workers’.

As a result it was claimed that they should be entitled to a range of benefits that apply to workers including the right to be paid the National Minimum Wage, holiday pay and pension.

“This could be another important development for how businesses operate in the gig economy. If the IWGB union is successful, then it could open the floodgates for thousands of people who want to argue their case for being recognised as a worker and therefore being entitled to holiday pay and the other benefits such as the National Minimum Wage.

“We have seen with other recent cases, including the one with Uber, that Tribunals are prepared to look behind the documents provided by companies in order to assess whether individuals are in fact workers rather than being self-employed. Deliveroo recently agreed to remove the clause that blocked riders from disputing their status, so the outcome from the case in May could very easily spark another landmark for the gig economy and something which again will be closely monitored by other businesses.”