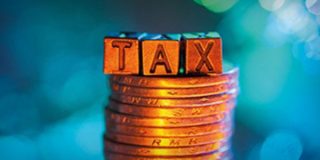 Legal experts from national law firm Irwin Mitchell have warned enterprises which use public money to ensure they are on top of the compliance rules, as the European Commission ruled Apple must pay £11bn of back taxes to Ireland.

The move follows a three-year investigation, which came to the conclusion that the US firm’s tax benefits are illegal because Ireland enabled the company to pay substantially less than other businesses, in effect paying a corporate tax rate of no more than 1%.

Both Apple and Ireland said they disagreed with the decision and would be appealing against it.

She added that the tax agreement Apple had in place with Ireland meant the company’s taxable profits “did not correspond to economic reality”.

The US Treasury Department said that Brussels was using a different set of criteria to judge cases involving US companies.

Other companies who have been stung over securing favourable tax deals in the European Union include Starbucks, after last year the commission told the Netherlands to recover as much as €30m (£25.6m) and Luxembourg who were ordered to claw back a similar amount from Fiat.

The controversy around Apple’s Irish tax arrangements is only the latest example of EU authorities taking a hard line on possible state aid.

Smaller businesses and not for profits are becoming familiar with state aid clauses in their funding agreements – breaches can lead to disputes over aid clawback and often have disastrous consequences.

Any enterprise taking public money should bear in mind this risk, and the compliance activity around it.