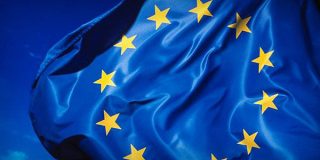 Time is running out for owners of trade marks to review their specifications and file declarations as the deadline for changes following recent EU reform, looms.

On March 23, 2016 the process for obtaining a European trademark registration underwent a huge overhaul and a six month ‘amnesty’ was launched for owners of affected marks to consider what specific goods and services are covered.

The significant changes looked at the goods and services covered by a Community Trade Mark (now renamed the EU Trade Mark or EUTM).

Many jurisdictions including the Community Trade Marks Registry classify goods and services by reference to an international class system.

This system uses broad headings to describe what is in each class.

Use of these headings in their entirety is not encouraged and a recent case showed that the words in the class headings need to be given a literal rather than broad interpretation.

The Community Trade Marks Registry followed suit and agreed as part of its reforms to give trade mark owners a 6 month amnesty on these broad specifications.

Owners of marks which cover the entirety of the class headings and which were filed prior to 22 June 2012 were given six months until 23 September 2016 to review their specifications and clarify which goods and services they require protection for.

Which trade marks are affected?

Not all trade marks are affected but the following are relevant:

As indicated above, not all trade marks are affected by this rule change.

It is less common in the UK than in some other EU jurisdictions to file for broad class headings. It may be the case, therefore that you do not need to take any action.

We would strongly recommend however, that an analysis of your trade marks’ portfolio is done to consider whether you are affected.

What should I do?

Owners of affected marks should review their specifications and consider what specific goods and services the broad heading is meant to cover.

This could be useful from an infringement point of view. If you are aware of a competitor that is using a mark that you consider to be infringing your registration, this window is an opportunity for you to clarify your specification in order to make it clear that a competitor is infringing your CTM.

Conversely, you should be wary of other CTM owners who clarify their protection as it may mean that they get clarity that your activities are infringing. If this happens you should seek advice as soon as possible.

Please note that whilst this is an opportunity to clarify what the broad class headings were meant to cover, it is not an opportunity to broaden your protection and any additional goods and services in other classes will have to be added by filing a new trade mark application.

There are some technicalities over and above this broad limitation on expansion of goods/services and we can help you use the time of the amnesty left to analyse your trade marks and come up with a compliant specification.

The Community Trade Marks Registry will not inform trade mark owners that they can clarify their protection. The responsibility is on trade mark proprietors to take action (where needed) before 23 September 2016.

What happens if I do nothing?

It is important to note that once the six month window expires on 23 September 2016, all CTMs will be interpreted according to the literal meaning of the terms included in the specification.

Your rights to enforce your trade mark will be limited in the same way. You will not be able to claim rights in anything other than the literal meaning of the words in the specification and your ability to take action will be limited accordingly.

Do not miss this unique one-off opportunity to clarify your specifications in light of the EU reforms.

Once the deadline has passed, you will be unable to make any amendments and all specifications using the entire class heading will be interpreted according to the literal meaning.

If you have any questions or queries or if you would like help in carrying out the analysis, the Intellectual Property team at Irwin Mitchell can help.