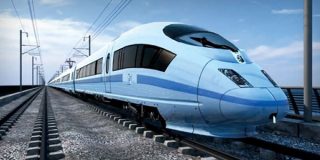 The Institute of Public Policy Research (IPPR) has said that high speed train links between Leeds and Manchester would drive economic growth and should be considered a higher priority than HS2.

The think tank said the North suffered from under-developed road and rail links and called for a ‘North First’ policy. It added that prioritising HS3 would address the current imbalance in spending between London and the North.

The proposed HS3 line, approved in March’s budget, has a projected travel time of just 30 minutes between Leeds and Manchester, with potential extensions to Liverpool and Hull.

Tom Kibasi from the IPPR said: “The time it takes to travel, on hugely dated infrastructure, between our great regional cities is a national disgrace – this is just not what happens in Germany, Japan or France. Given the Brexit result, the north of England must urgently see growing prosperity.

“A proper east-west crossing would boost northern and UK growth, and must now take priority above all other major transport projects, including Crossrail 2 and HS2.”

The government has committed £60m to preparatory work on the HS3 line and is considering options for a trans-Pennine road tunnel between Manchester and Sheffield.

Irwin Mitchell’s latest UK Powerhouse report highlighted that the economic gap between London and the North was due to widen by £21bn during the next 10 years.

It also said that investment in improving transport infrastructure across the region is a central element to tackling the North South divide but added that the North cannot rely on the Government to pay for it all.

“The results of this IPPR report are not too surprising and indeed our own YouGov study last year found that companies based in the North thought that compared to large scale initiatives such as HS2, improvements in local transport infrastructure would have a far more positive impact on their organisation’s future success.

“Our most recent UK Powerhouse report revealed how important significant investment in transportation improvements are for tackling the issue of economic rebalancing. At the same time it raised concerns about funding and highlighted that transport improvements need to be combined with other initiatives such as a greater focus on improving skills.”