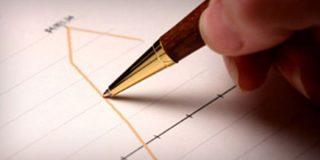 UK Votes To Leave The EU

The debate surrounding the referendum cast a cloud of uncertainty over the UK’s future and today’s victory for the Leave campaign will leave many businesses and individuals wondering what will happen next.

Experts at Irwin Mitchell Private Wealth have been closely monitoring the situation, and given their professional opinions on what the impact of the result will mean for businesses, individuals, their assets and families.

The historic result of the EU Referendum, which was announced earlier this morning at Manchester Town Hall, means the Government must now make a formal notification of the UK’s intention to leave the EU before the anticipated two-year process of negotiating the terms of the exit begins.

The issues upon which our experts have commented include the need for quick answers over the legal status of expatriates living within the EU, a predicted fall in Sterling, fears over job security in financial services and whether a change to the personal tax regime could make the UK as attractive to ‘non-doms’ as Switzerland.

You can ask the team any additional questions you may have about what leaving the EU means for you, your business, your assets and your family at our dedicated EU Referendum page.

International tax, trusts and immigration expert at IM Private Wealth, Alex Ruffel, commented on what the Brexit result will mean for UK citizens living in EU countries, and potential changes for non-doms.

There are more than one million UK-born people living in EU countries with nearly 500,000 in Spain and France alone. The legal status of expatriates is one issue that will need to be settled quickly. Will they be allowed to carry on living there or have to apply for residency? These are questions that need quick answers.

The implications of Brexit on the rules governing non-doms – those wealthy foreigners who are tax resident but non-domiciled in the UK and may pay a fee not to be taxed on foreign earnings and assets – are unclear. Brexit, will not, of itself, change the personal tax regime.

It is entirely possible that the UK could become even more tempting to these individuals if the tax benefits remain attractive or are improved. The UK could become the new Switzerland for international wealthy individuals and families. However, if economic uncertainty forces successive Governments to raise more tax the reform of the benign legislation affecting the tax status of non-doms might be in danger.

Tax and asset protection expert at IM Private Wealth, Sarah Phillips, said that the result will potentially be a cause for concern for those in financial services.

Brexit will potentially have a huge impact on the people who work in the UK’s financial services industries. Many banks, insurers and fund managers who have large businesses in continental Europe could consider relocating to Paris or Frankfurt, and senior staff will either lose their roles or have to move to another country. Some global investment banks, such as JPMorgan, have said that Brexit would lead to a significant loss of jobs in the UK.

As with all these issues, it is really difficult to say with any degree of certainty what will happen. Brexit could result in some very wealthy individuals and families leaving London but, for others, being in the UK has nothing to do with Europe at all.

Inevitably, Brexit and the anticipated two-year period subsequent to an out vote when the UK Government will have to negotiate the UK’s exit will result in uncertainty. It is likely that short term political and economic uncertainty will have an adverse effect on the price of London properties (and certainly Prime Central London properties), but in reality it is likely only to be a small correction. Whether that will be offset by a fall in the price of sterling against other major currencies and an even longer period of low interest rates is another question.

The vote for the UK to leave the EU has triggered a big fall in the FTSE 100 as investors react to the result. However, this decline will probably present good buying opportunities for investors. The fall in the value of sterling will benefit those companies with large overseas earnings. As many of these companies are large and overseas earnings represent a significant proportion of companies in the FTSE, this boost to earnings could attract buyers. Coupled with this is that the economic implications of Leave will take many years to unfold could see a quick recovery from any initial sell off. Bond markets are likely to rally further as investors seek safe haven assets during a period of uncertainty. It is possible that longer dated bonds will not prosper in the longer term as weaker sterling translates into higher inflation and foreign investors who typically buy longer bonds desert all UK markets.

We have a taken a defensive stance in our portfolios. Overseas earners are a significant proportion of our holdings with domestic focused stocks relatively under-weighted. High yielding stocks, where we have a large allocation will see falls in capital value that are likely to be temporary but their dividend paying capability will remain relative unaffected.

Tax expert and partner at IM Private Wealth, Andrew Watters, described the potential impact the vote to leave would have on tax policy.

Now that the UK has voted to leave the EU, it will be interesting to see whether there are any substantive tax changes. VAT is, of course, an EU tax but it will be surprising if something very similar is not introduced as it generates huge amounts of tax for the Government. As ever, the tension will be between reducing tax to generate more trade and increasing it to get more money for state spending.

One area of tax where there will be less influence post-Brexit is in the internal EU bodies set up to combat aggressive tax avoidance, that is where the amount of tax payable in any one jurisdiction can be minimised by shifting profits into a lower tax jurisdiction. Much of the tax planning by large international companies relies on mismatches between the rules of different jurisdictions. The EU made a statement earlier this year about work being done with national governments to have a more joined-up approach to counter this sort of tax avoidance. A UK which is not part of the EU is likely to have less influence in such initiatives.