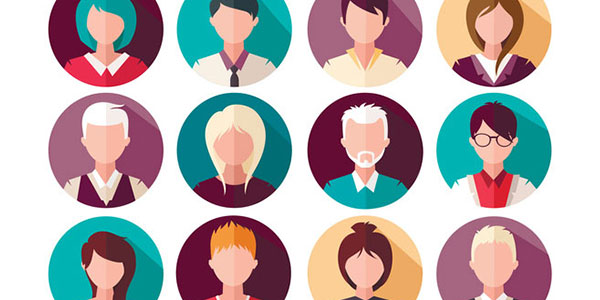 Matthew Taylor has now published his review into modern workplace practices which is over 100 pages in length. Its scope is wide ranging and it contains a number of important proposals which, if implemented, will make significant changes to employment law.

Mr Taylor, who is the chief executive of the Royal Society for the encouragement of Arts, Manufactures and Commerce, says that the report which will now be examined by the government aims to make all work in the UK economy “fair and decent”.

The key proposals are:

1. To help workers understand their employment status. All workers should ‘know who they are working for, how much they will earn and what rights they have’. To achieve this, it recommends that the characteristics of a worker and employee should be redrafted in primary legislation and guidance should be made available to provide additional detail.

The report believes that the current categorisation of workers is particularly difficult to understand and suggests that, effectively renaming some workers as “dependent contractors” will assist with this. It also recommends that the current tests for determining the employment status of workers should be tweaked so that substitution (the right to send someone else to do the work) should not act as an “automatic barrier” to accessing basic employment rights and that the issue of “control” becomes more important.

It rejects the idea that employment status in the ET should replicate that used by HMRC and be a binary choice between employee and self-employment. However it does suggest that a binding decision by HMRC that an individual is an employee should be binding on an ET.

2. Gig workers should be paid the NMW as piece workers. This allows employers to pay their staff by reference to the tasks they undertake rather than per hour. Workers are entitled to a fair rate which allows average workers to be paid at least the hourly minimum wage. Employers have to jump through a few hoops to make sure that the rate they set is fair, but once they have done this, paying for the task is perfectly legal. Workers being paid output work are entitled to the benefits of being a worker such as the right to take paid holiday, protection against unlawful deductions from wages, limits on the amount of time they work each week, requirement to take rest breaks and rights to auto enrolment into a pension scheme.

3. Employers give employees and workers (including dependent contractors) a written statement setting out details of their role, rate of pay, who they are employed by and their status etc on day 1 of their engagement. If this is not provided, individuals should be able to bring a stand-alone complaint to an ET to obtain this information and compensation.

4. Increase the rate of NMW rate for all hours that are not guaranteed in the contract. This would mean that a worker who is only guaranteed 5 hours a week would receive the normal NMW rate for those 5 hours, but any worked in addition to that would be payable at a higher rate to be determined by the Low Pay Commission. Zero hours workers would be eligible to receive the higher rate for all hours worked.

5. To enable more casual and flexible workers to benefit from rights which require a certain amount of continuous employment (such as the right to bring a claim of unfair dismissal or receive a redundancy payment which both require 2 years’ service), the report suggests that gaps between assignments should be ignored if they are for a month or less. Only the time actually worked would count towards establishing continuity, but this would act as a bridge to access more rights.

6. Rolled up holiday pay should be reintroduced (subject to certain safeguards) to allow more flexibility for casual/gig workers.

7. The government should make sure that casual and zero hours workers know that they are entitled to paid holiday and that their pay reference period should be increased to 52 weeks (rather than 12 weeks). This will prevent them from receiving less holiday pay if they take holiday outside of busy periods (an issue that may affect seasonal workers).

8.Agency workers should have the right to request a direct contract with a hirer if they have been engaged by that hirer for 12 months or more. In addition, Swedish Derogation contracts should be abolished.

9.Zero hours workers should be able to request to work fixed hours. This should be based on the number of hours they have worked over the previous 12 weeks.

10. Large employers should have to report on a number of issues to promote transparency in their recruitment practices, including: their model of employment and use of agency staff; the number of requests they have received (and agreed) from zero hours and agency workers.

11. Existing government organisations should be expanded to enforce the employment rights of vulnerable workers, such as HMRC in respect of the NMW, sick pay, holiday pay and unlawful deductions claims.

12. Individuals wishing to challenge their status should not have to pay ET fees and there should be a presumption that the individual seeking particular rights has the correct status to do so. Employers will be able to dispute this but the burden of proving the worker’s status will rest on it, not the worker.

13. Workers who receive awards should not have to pay an additional fee to enforce recovery in circumstances where their employer does not pay up. Employers that don’t pay awards should be “named and shamed” in the same way as those who currently transgress NMW rules currently are.

14. Employers who have lost status cases who then face similar claims from other members of staff should be financially penalised both in terms of compensation granted and costs awarded.

“The report is a substantial piece of work and has a lot to commend it. Whilst it is easy to pick holes in some of the suggestions – in particular those relating to redefining worker status – many of the proposals are forward thinking and aim to restore the balance between work and fairness. It is difficult to see how anyone can argue against the idea that everyone should work in a fair and decent way that offers realistic scope for their development and fulfilment.

“Much will of course depend on whether the government intends to implement the proposals contained in the review. So far, the Prime Minister has said very little about what her government intends to do to support workers, particularly those who are just about managing even though they are in work. In addition, some of the proposals will require changes to primary legislation. The Queen’s Speech did not provide any legislative time to implement these changes, although it did reference the Taylor review, and it is difficult to see how these would be squeezed into a schedule dominated with Brexit Bills.”