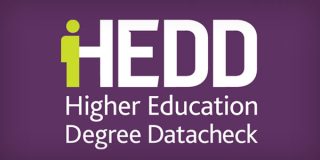 Legal experts from national law firm Irwin Mitchell have welcomed a clamp down on fake universities by a watchdog following growing concerns over students being mis-sold fraudulent degrees.

University watchdog the Higher Education Degree Datacheck (Hedd), which monitors fake degrees, revealed that over the last year, they have identified a total of 62 bogus institutions.

So far 32 of these have been forced to close by law enforcement and trading standards agencies, but a further 30 investigations are still in progress.

Out of the 32 false institutions closed, 25 were based overseas.

Hedd has advised a further four institutions, which are legitimate businesses, to make clear to prospective students that they cannot award UK degrees.

According to the agency, since 2011, 220 bogus UK universities have been identified and 80% of them are no longer active.

Experts from IM Educate issued a warning that the government’s plans to open up the sector to give instant degree awarding power to new private providers could worsen the situation due to their lack of proven track record in education.

The crackdown on fake degrees highlights the value of UK university qualifications and also the need for strong regulation of higher education.

This action is welcome as it protects genuine providers but it does suggest that the further liberalisation of the sector will be watched closely for any risk of more fraud or dilution of quality.