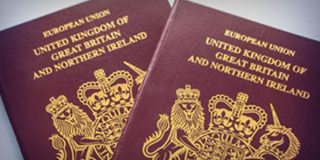 A leading employment lawyer says the system for EU immigration in the future is most likely to be based on individuals having firm job offers before they can enter the UK.

The prediction by Omer Simjee at Irwin Mitchell follows the announcement by Prime Minister, Theresa May, that she doesn’t support a points-based process for controlling EU migration.

Mrs May, who was attending the G20 summit of world leaders in Hangzhou, dismissed Vote Leave’s proposal of an Australian-style points system for deciding how many skilled and unskilled workers who could come into the UK every year from the EU and beyond.

Her spokesman said: “The precise way in which the government will control the movement of EU nationals to Britain after Brexit is yet to be determined. However, as the PM has said many times in the past, a points-based system will not work and is not an option.”

“This looks to be a tactical move by the Prime Minister. Supporting a points-based system is at odds with the concept of free movement across the EU and if Theresa May backed such a system, it could be seen to be pulling up the drawbridge after the referendum. This could scupper negotiations with the EU around key things like access to the single market and securing passporting rights for City financial institutions to make transactions across the EEA.

“I think that the Prime Minister is more likely to try and appease everyone with a move away from the ‘full fat’ concept of free movement to a ‘light’ version which involves EU citizens requiring a job offer before they can come to the UK.”