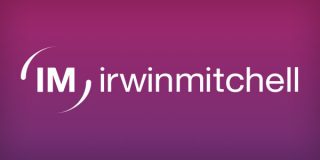 The chief executive of leading national legal services business Irwin Mitchell says 2015/16 was a ‘transformational’ year for the Group as it completed the largest merger in its history, as he announced a revenue rise of 8.2% year on year to £221.3m (2014/15: £204.5m).

Andrew Tucker said a decision to fast-track the integration of teams and all IT systems from Thomas Eggar into the wider Group was already reaping benefits, although he said the combination of investment and a necessary focus on the merger and successful integration had seen profit before tax reduce in the year to £12.4m (2014/15: £16.7m).

He pointed to a combination of a strong strategy and clear plans for the newly-enlarged business to drive value for the business and clients from cross-selling opportunities through the expanded depth and breadth of Irwin Mitchell post-merger as reasons for continued confidence in the Group’s ability to deliver further growth in 2016/17 onwards.

Revenue growth in 2015/16 was seen in a number of areas in the existing Group pre-merger, with additional revenue coming from the first full year of Berkeley Law within Irwin Mitchell since its acquisition in November 2014, and from the Thomas Eggar business post-merger.

The merger with Thomas Eggar was just one stage in Irwin Mitchell’s strategic plan to strengthen business and private client services while remaining a leader in complex personal injury cases.

Irwin Mitchell completed the merger with Thomas Eggar in December 2015 creating a business where legal services to businesses and high net-worth private clients account for half the Group’s turnover. The remainder comes from the personal injury business – 80% of which is made up of high-value, complex cases.

It boosted the Group’s footprint and range of legal services offered in London and the south east, adding markets in Newbury, Crawley and Chichester as well as an additional office in Southampton, where Irwin Mitchell opened its own office in 2014.

The Group launched Irwin Mitchell Private Wealth in April this year, combining the breadth of expertise of the private client teams from Irwin Mitchell, Thomas Eggar and Berkeley Law under one banner. It completed a second acquisition in the year, that of P&A Receivables through debt recovery subsidiary Ascent, and opened a consulting office in Middlesbrough in 2015.

“There are many reasons for real confidence in our business, despite the reduction in profit this year. That is a short-term issue driven by the significant investment in the merger to ensure it was a success.

“The Board is comfortable that sacrificing profit in the short-term will deliver greater benefits to the business in the medium-term as we reap the return on investment and the improved strength and breadth of depth the merger has given us.

“The merger understandably dominated the past 12 months at Irwin Mitchell and it is a transformational transaction for the Group but there were many other things to be proud of in the year, from landmark legal cases to excellent client care throughout the 12 months reported and the launch of Irwin Mitchell Private Wealth in a core market for growth.

“Our focus in 2016/17 is on completing the successful integration, maximising the opportunities for growth which arise from the greater strength and depth we now enjoy. Our vision of being the legal brand of choice continues and we have a clear strategy to ensure we maintain our progress.”

Mark is responsible for managing all of the public relations work carried out by Irwin Mitchell in national, regional and trade media, while also overseeing the work of the Group’s Internal Communications team.

As well as giving guidance on all aspects of media-related work for Irwin Mitchell’s offices across the UK, he also provides advice and support to the firm on public affairs.