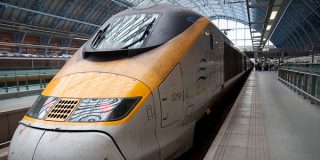 Irwin Mitchell Campaigned For A Station Located In The City

A new report by David Higgins recommends that the High Speed Rail route in Yorkshire will now feature a station in the centre of Sheffield.

Business experts at national law firm Irwin Mitchell have praised the report, calling it ‘great news that will be crucial for future job creation’.

The new option proposes that HS2 services between London and Sheffield would take a spur off the new north-south high speed line and travel directly to the existing Sheffield Midland station using the existing railway line.

This would help cut the cost of the project by about £1bn and allows for a future option to extend HS2 services onwards to Meadowhall, Rotherham or Barnsley.

Previous proposals recommended that the station be built near Meadowhall but local leaders, businesses and transport operators have campaigned for one in the heart of the city centre.

HS2 Ltd will also investigate the possibility of a parkway station on this newly proposed route, which in part follows the M18 motorway.

The chairman David Higgins said that he has: “listened to the very constructive comments and discussions that have taken place on how HS2 should best serve South Yorkshire and recommend the option of HS2 services using the existing city centre station.”

It is now up to the secretary of state for transport to consider David Higgins’ report in detail and make an announcement on the full HS2 Phase 2 route later this year.

Paul Firth, Regional Managing Partner at Irwin Mitchell has lead calls for a city centre location for HS2 in Sheffield and fully supports the new proposals in the report.

“This is great news and I’m delighted that the benefits of having the station in the heart of the city have been recognised.

“There has been a great deal of hard lobbying work to get this result for Sheffield and I have no doubt that it will be crucial in terms of future job creation.

“HS2 is a key project for the north and a station in Sheffield has the potential to bring economic growth, create jobs for our residents, provide new opportunities for local businesses and other benefits that will be felt throughout the region.”

Oliver is an Integrated Campaigns Executive, based in our Sheffield office. He shares news from across the Group, both internally, externally and via our social media channels. Telephone: 0114 274 4649
Website: www.irwinmitchell.com