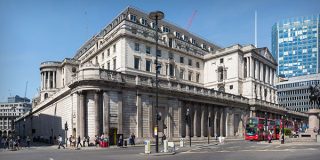 The Bank of England has today announced that it is to cut UK interest rates from 0.5% to 0.25%.

The Bank has announced the reduction in a bid to boost the UK economy which according to a large number of recent reports has slowed considerably since the referendum vote in June.

In addition to the rate cut, the Bank of England has also boosted its quantitative easing programme by £60bn.

According to financial data company, Markit, levels of activity in the UK’s dominant services sector fell last month at its sharpest rate for seven years. This finding followed bleak economic data from the construction and manufacturing sectors in July.

Last month, Irwin Mitchell’s UK Powerhouse study, which has been produced with leading economic think-tank the Cebr, predicted that the UK’s largest cities will experience significant reductions in economic growth in the next year following the decision to leave the EU.

It says London’s economy is due to be hit hardest in the short-term with Cebr revising its predictions for growth output across London from 2.4% to 0.4% in the 12 months to Q1 2017.

The UK Powerhouse study says that economic growth within London will rise to 1% in the 12 months to 2018, but will still be significantly lower than where the capital’s economy was expected to be before the surprise Brexit decision.

Large cities outside London such as Birmingham and Manchester are expected to see economic output fall to 0.5% in the 12 months to Q1 2017 compared to annual growth of 1.8% which was predicted before the decision to leave the EU.

“Our recent UK Powerhouse analysis predicts that the result of the EU referendum vote will have a considerable impact on the economic performance of our key cities over the next 12 months.

“Although the fall in the pound against the dollar has provided a boost for some of our exporters, overall business confidence has fallen significantly during July. There are some uncertain times ahead and it is vitally important that the Bank of England uses all the tools it has at its disposal for stimulating the economy.”