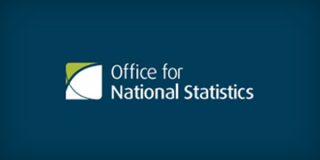 The UK economy grew faster in the 2nd quarter of 2016 than the Bank of England predicted, according to the Office for National Statistics (ONS).

The eagerly awaited statistics cover the run up to the EU Referendum as well as one week after the outcome of the vote was known.

According to Irwin Mitchell’s latest study with think tank, the Cebr, economic growth across the UK’s largest cities in Q1 2017 is expected to be more than half of what would have been if the UK had decided to stay in the EU.

The latest UK Powerhouse study says London’s economy is due to be hit hardest in the short-term with Cebr revising its predictions for growth in GVA* across London from 2.4%  to 0.4% in the 12 months to Q1 2017 following the outcome of the referendum vote.

Analysis by Cebr predicts GVA growth within London will rise to 1% in the 12 months to 2018, but will still be significantly lower than where the capital’s economy was expected to be before the surprise Brexit decision.

Large cities outside London such as Birmingham and Manchester are expected to see economic output fall to 0.5% in the 12 months to Q1 2017 compared to annual growth of 1.8% which was predicted before the decision to leave the EU. These cities’ annual growth is predicted to exceed 1% by Q1 2018.

The fast growing economies of Milton Keynes and Cambridge are expected to lead the way but are still expected to suffer a fall in GVA of more than 1% in the 12 months to 2017. These cities are expected to recover more quickly than others with 2018 growth pushing back up to the 2% level.

“These latest results were recorded during a period of considerable economic uncertainty so it is encouraging that they are better than expected.

“Our report predicts that growth rates across the UK’s largest cities will fall in the 12 months to Q1 2017 but crucially will start to recover during 2017 and 2018.

“The recovery rates of large UK cities are expected to differ considerably and this demonstrates that the need for economic rebalancing is stronger than ever.”