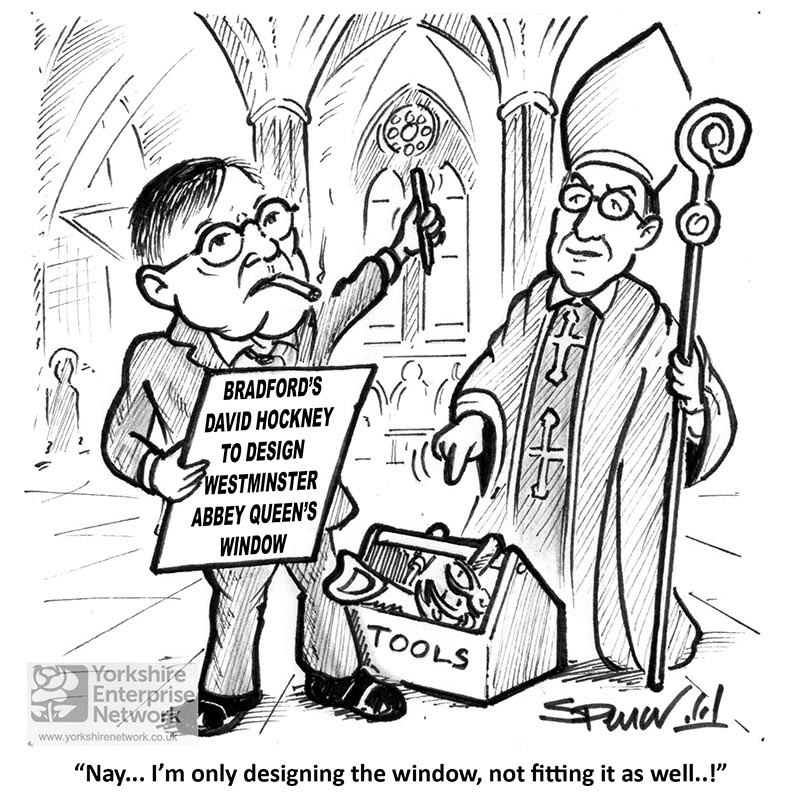 Bradford’s internationally renowned artist, David Hockney, has been given the honour of designing the Queen’s Window at Westminster Abbey.

He as previously been asked to paint The Queen but declined, saying “When I was asked, I told them I was very busy painting England. Her country.”

Twenty-six years ago the Northern artist turned down a knighthood, but not to one to be put off, Her Majesty bestowed the honour of Order of Merit on him. This followed the death of the only English painter to have held this honour, Lucian Freud.

No stranger to large-scale works, David Hockney is thought to be drawing his inspiration from the recent work he did featuring trees and woodlands in the Yorkshire Wolds.When finished the six metres (20ft) high by 1.8 metre (6ft) wide window will be displayed in the north transept of the abbey and will be unveiled in the summer of 2018 when the new Queen’s Diamond Jubilee Galleries will also be opened.