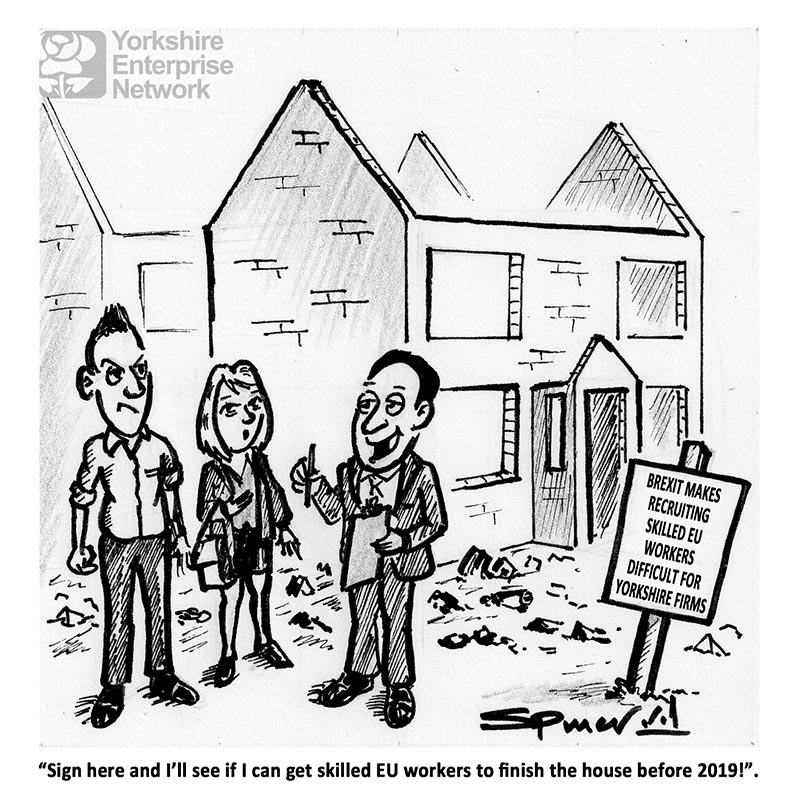 Brexit makes it difficult to recruit skilled workers from the EU.

Has Brexit negotiation plod on there has been very little movement, as far as an agreement with the EU on workers’ rights is concerned.

This has had the knock-on effect of making the task of recruiting skilled workers from Europe increasingly difficult for Yorkshire businesses, and the uncertainty of a deal means that EU workers are unwilling to make the move to the UK.

In the housing and building sectors, this shortage of skilled workers will have a dramatic effect on the Government’s housing plans. “The Governments has not set out what our post-Brexit immigration system will look like, but it is crucial that key strategic industries, such as construction, are able to draw upon sufficient numbers of EU workers”. Said Brian Berry, chief executive of the Federation of Master Builders.