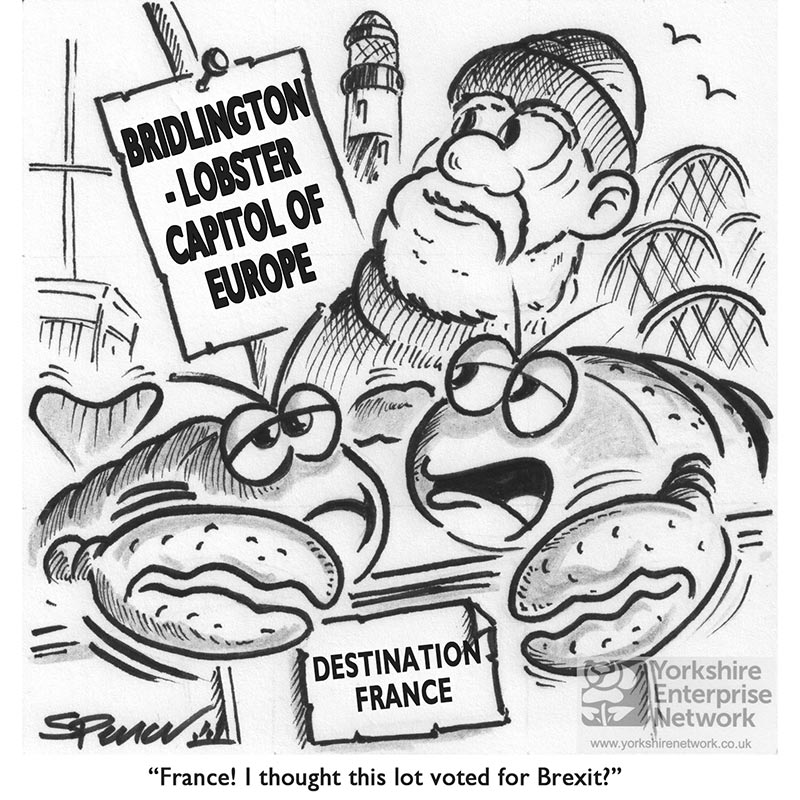 Yorkshire’s East Coast is outstanding for its diversity, interest, and beauty, and has pulled in visitors ever since Scarborough became Britain’s first seaside resort. But in the last forty or fifty years, the towns along this coastline have seen dramatic changes, especially in the fishing industry, with the EU’s Common Fisheries Policy (CFP) seen as the primary reason for this decline.

EU quotas that are imposed on fishermen mean that boats can be laid up for weeks if their crews have neared or already reached their limit, forcing many out of business. So it shouldn’t come as a surprise that the population of Yorkshire’s East Riding backed the Leave Campaign in the recent EU Referendum. Of the 200,000 votes cast, 120,000 voted to leave. That’s 60.36% who supported leave against 39.58% who wanted to stay in the EU.

Against this backdrop, we also have businesses that are reliant on trading with our European partners. This is none more evident than in Bridlington which has become known as the ‘lobster capital of Europe’. Bridlington is so successful at fishing for crustaceans, landing over 420 tonnes in 2014, that it is the richest of Yorkshire’s fishing ports. This is even more remarkable when you consider that hardly any of Bridlington’s catch consists of actual fish!

Has most of the lobsters and other shellfish are bound for European markets, there was great concern when the leave result was announced. Other parts of the UK’s coastline is under threat from foreign vessels fishing our waters, but this is not the case off the Yorkshire Coast. The French are big fans of Bridlington lobster so naturally, East Coast fishermen are wary about jeopardising this market. What the fishing business in Bridlington is hoping for post-Brexit is a deal that continues their relationship with French restaurants and secures Bridlington’s future economy.