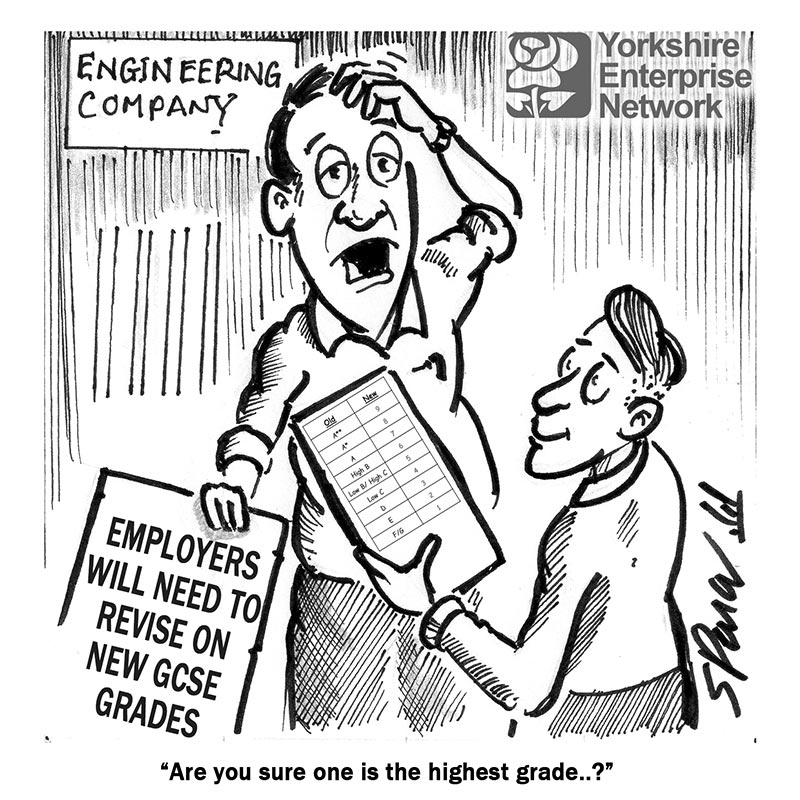 Waiting for your GCSE results are always cause for anxiety, but this year students have had to cope with a whole new set of grades to replace the old ones.

The new system introduces a 9 – 1 grading scale which replaces the A* – G system.
Initially, three subjects; Maths, English Literature and English Language will be graded under the 9-1 system and in the next two years, all other subjects will be included.

Students, parents and teachers alike are having to get up-to-speed with the new system, but it is also causing some confusion among employers who are having to revise their entry requirements to ensure they are inline with the new grades.

To try and smooth out any rough edges, the government has earmarked £380,000 to explain the new system to schools and employers.