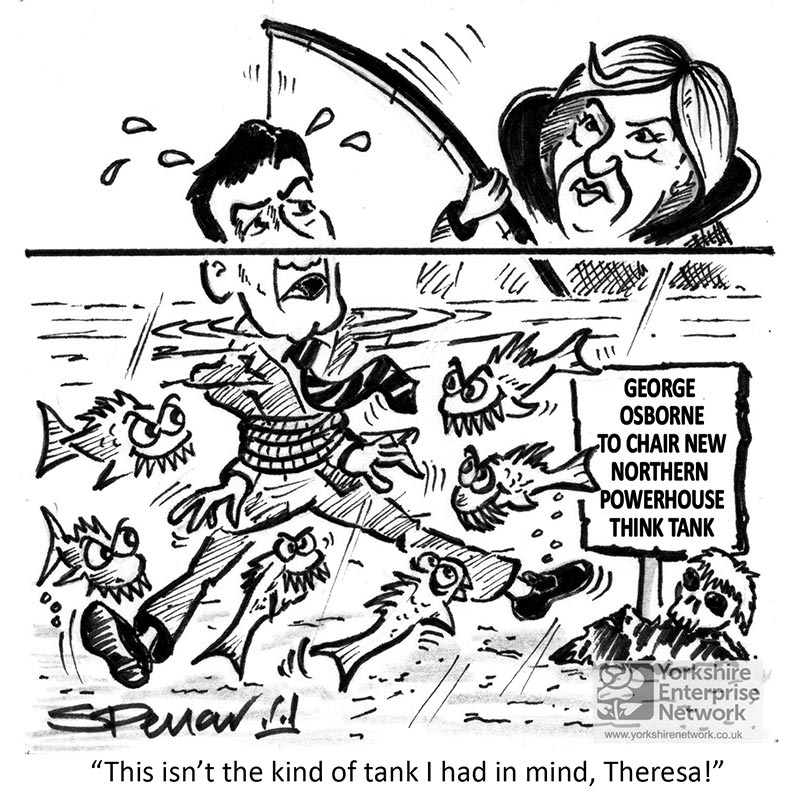 Osborne brought in from the cold to chair Northern Powerhouse Think Tank.

When Theresa May took over as Prime Minister, it would have been all too easy for George Osborne to have followed his friend, David Cameron, through the doors of the Palace of Westminister. But the former chancellor decided to stay on, albeit relegated to the backbenches.

At one point there was even talk of him running for Mayor of Manchester, but Mr. Osborne has ruled himself out of standing against Labour’s Andy Burnham.

His flagship project the Northern Powerhouse also seemed dead in the water as Theresa May seemed to favour the idea of a ‘British Powerhouse’ rather than something that would benefit the North. An area that was struggling to adapt to over 50 years of industrial decline.

However, Mrs. May seems to have a re-think and appointed the MP for Tatton, in Cheshire as chairman of a new Northern Powerhouse Partnership which is a partnership with Manchester’s Labour council leaders, Liverpool and Sheffield, associated British Ports, Barclays, Manchester Airports Group and builders Mace.

The NNP will campaign to ensure the government keeps its commitments to the North by investing in transport links such as HS2 and the high-speed trans-Pennine rail line as well as skills, science and culture throughout the North.

Mr. Osborne’s Northern Powerhouse was criticised for lack of any real financial commitment when he was in government, so it’s to be seen if this new approach will achieve any more success in bringing prosperity to the North of England.

Ed Cox, director of IPPR North, said: “We warmly welcome a new think-tank focused on the North of England. IPPR North has long argued that to make the North the most progressive place in Europe, we need more policy ideas, not fewer.

“It remains to be seen whether this new think-tank will develop an inclusive approach to the Northern economy because to date, George Osborne’s Northern Powerhouse has been too narrowly focused on big cities and metro mayors – vital as these are, they will not address the economic and social challenges raised by the Brexit vote.”