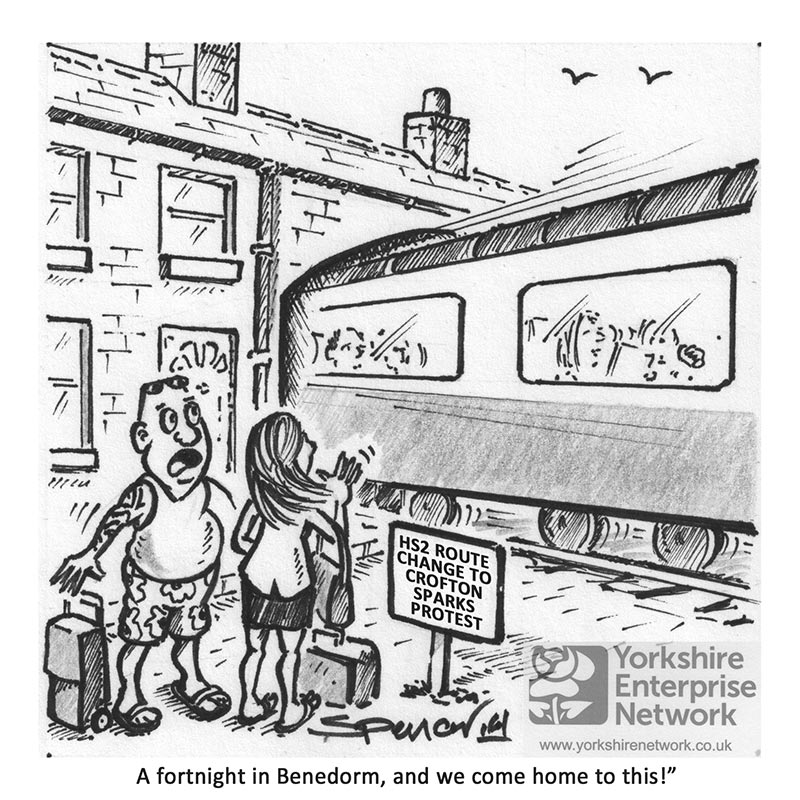 Forecast to cost in the region of £90 billion, HS2 has been branded ‘The Richman’s To’ by former Transport Secretary and New Chancellor, Philip Hammond. A tag that is not without foundation as latest studies reveal that it is mainly the wealthiest five percent who regularly travel by train as present costs are proving prohibitive for those on less income. There are also other concerns surrounding this costly venture. Notwithstanding that it may be obsolete when completed in 2040, a high-speed North to South railway, said to improve connections and jobs to the North, would mainly serve to benefit London. Evidence in other European cities shows that where these rail links have been created, skilled and higher qualified employees migrate or commute away from their regional bases.

There have also been many protests from residents whose lives stand to be adversely affected by the HS2 route cutting through their areas and an estimated 83 ancient woodlands damaged or lost. The start of August (2016) saw the addition of yet another chapter in the troubled rail schemes long running saga when it impacted on the West Yorkshire community of Crofton near Wakefield. Residents were angered by the news that the route was now going to be running close to the east of their village with a massive rolling stock depot planned to the south of Crofton. Concerns over the impact on their lives, homes and the environment have prompted protests by local residents who are now campaigning to stop HS2 blighting their lives.