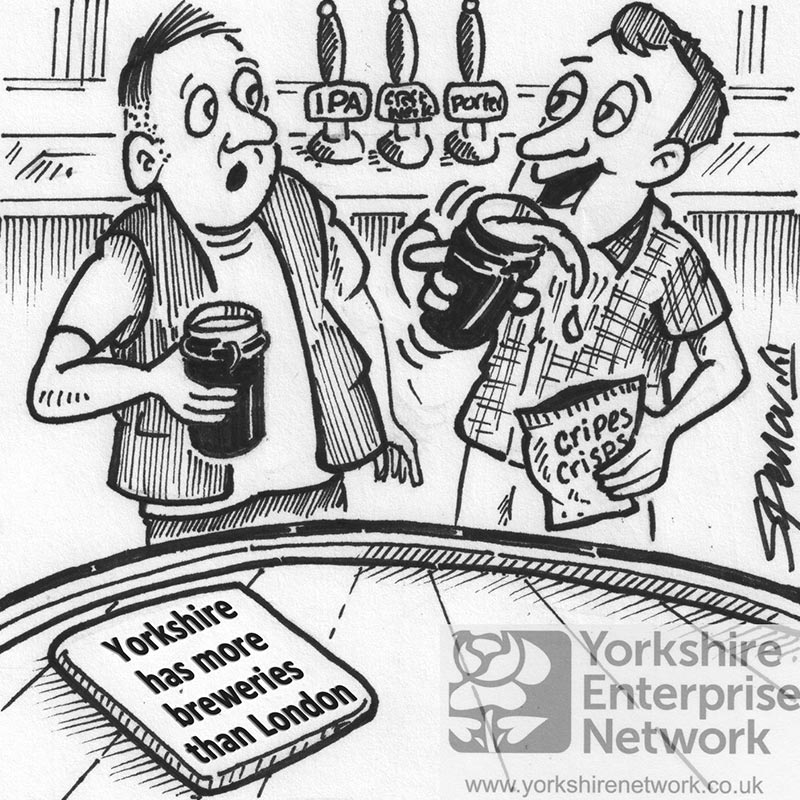 “I Weren’t Right Keen On T’ Powerhouse, But This ‘Northern Beerhouse’ Initiative Is Growing On Me!”

The past two years as seen a sharp rise in the number of micro-breweries across the country with the regions sharing in this success.

Figures from the British Beer and Pub Association show this figure has increased at the rate of three a week to more than 1,400 breweries across Britain. More people are taking an interest in craft beers with the lighter India Pale Ales (IPA) finding favour amongst younger drinkers. The diversity of beers and flavours paired with some savvy design branding as seen craft beers taking a larger share of the market over recent years.

The British Beer and Pub Association’s figures also show that Yorkshire is taking the lead, with the county recording more breweries than all of London. Statistics show that Yorkshire and Humber now has 143 micro-breweries whereas the capital can only muster 76. The industry now supports around 73,681 jobs in the beer and pub sector which equates to about 2.8% of the working population across the region.