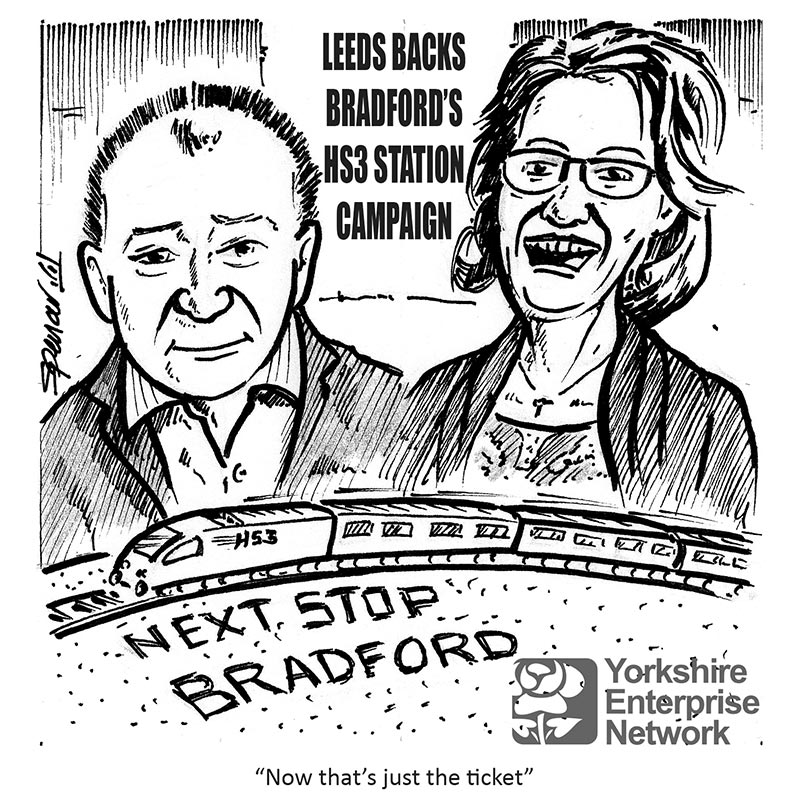 In a recent summit hosted by the Yorkshire Building Society, Leeds City Council Chief Executive, Tom Riordan confirmed his authority was one hundred percent behind Bradford’s campaign to get the city on the planned Northern Powerhouse Rail Line.

The campaign called ‘Next Stop Bradford’ aims to ensure that Bradford does not get left out of the planned high-speed rail route that will connect towns and cities across the Pennines from Liverpool to Hull.

The leader of Bradford Council, Susan Hinchcliffe said: “With a prime location in the centre of the Northern Powerhouse, Bradford is home to over 17,000 businesses including market-leading companies such as Provident Financial and Yorkshire Building Society as well as thousands of thriving SMEs. Benefiting from a rapidly growing young population and outstanding Higher and Further education institutions, Bradford is continuing to reinvent itself as a world-class destination to live, work and invest.

“However, as the largest city in the UK not on a mainline rail network, Bradford has the potential to contribute much more to the Northern Powerhouse economy if connected to the Northern Powerhouse Rail network. If Transport for the North commits to a city centre station, our forecasts suggest an economic boost of at least £1.3bn to the city’s economy with faster trains arriving more often and enhanced connectivity to other major cities across the north.

“The strong message we will continue to voice is that the north simply cannot be successful without Bradford being successful and the time to invest is now.”

Bradford South MP, Judith Cummins as also raise the issue with government Ministers added: “Leeds and Bradford have the largest daily commuter flows between two cities anywhere in the country and contribute a combined £29.2bn in GVA to the national economy. As an economic powerhouse in its own right, it is unacceptable that connectivity between the two cities remains hampered by poor transport infrastructure.

“The hard evidence stacking up in favour of a city centre station and this is supported by businesses and people in the community who agree there is a vital demand for this investment in East to West connectivity. We now need commitment from the government and Transport for the North to ensure Bradford continues to thrive.”

Mr. Riordan highlighted the fact that Leeds and Bradford combined was bigger than Birmingham and a fast rail link would enable the two West Yorkshire cities to work better together adding that there was now “unprecedented collaboration and consensus between Leeds and Bradford”.

Transport for the North, an organisation formed to transform transport infrastructure across the North of England will submit its recommendations to the Government later in 2017, with a final decision expected sometime in 2018.