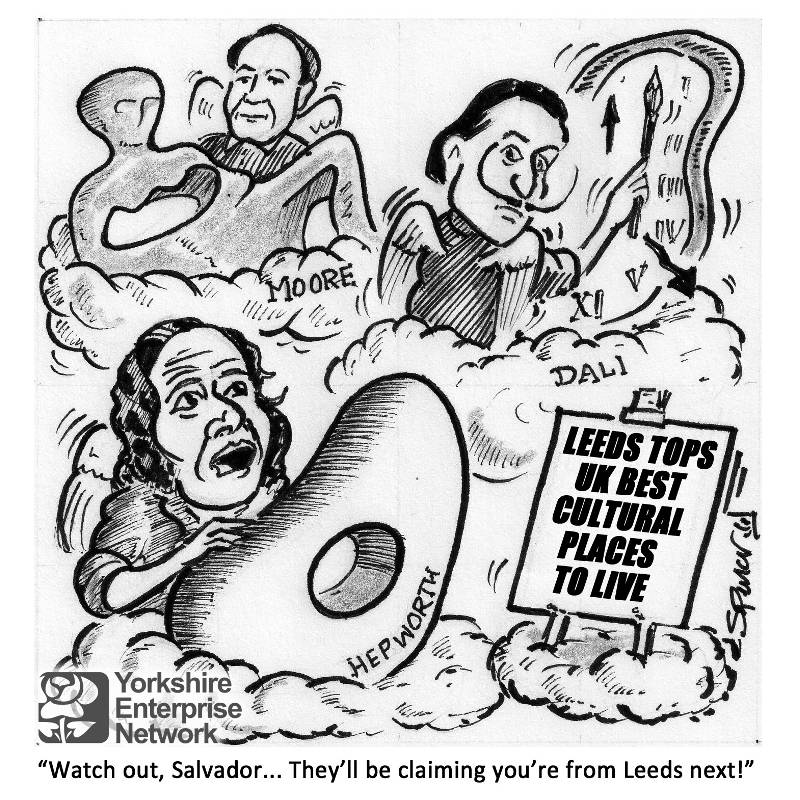 Leeds has come top out of 20 ‘best cultural places to live’ in the UK according to a recent Times newspaper survey. The city is pretty good for art galleries, but the online article left me wondering how they came to this conclusion?

I haven’t seen a printed version of this report, but the online report threw in that it was home to Opera North and The Northern Ballet, the West Yorkshire Playhouse and a smattering of small theatres.

They do mention that playwright Alan Bennett came from Leeds. And Leeds Henry Moore institute gets a mention although they omit to tell us the celebrated sculptor was actually from Leeds. Has if they ran out of ideas, the Times then goes on to mention the Yorkshire Sculpture Park, which is actually Wakefield, and sculptor Barbara Hepworth. Stephanie Bennett writing in online news network, The Tab, must have misread the Times, as she thought it said Hepworth was born in Leeds.

If you are going to carry out a survey of why a city is top of a list of 20 other cities in possession of a high degree of cultural attributes, you have to concentrate that survey on the city itself, not attractions that lie 15 to 20 miles south of Leeds.

If they are going beyond Leeds city limits why no mention of Bradford? It’s nearer to Leeds than Wakefield, and is the birthplace of the UK’s greatest living international painter, David Hockney. It’s also birthplace to the composer Frederick Delius. Then there is Saltaire, with it’s 1853 gallery in the former Salt’s Mill, which is a World Heritage Site. Not too far away is Haworth, home of The Bronte Sisters.

It also fails to mention Leeds two major annual events. The Leeds Carnival and Leeds Festival.
What of my favourite Leeds painter, Jacob Kramer? Kramer came to Leeds as a boy from the Ukraine, but made the city his home.

So although I’m pleased that The Times finds Leeds such a cultural hotspot I would have liked a more indepth look at the city’s cultural attributes.