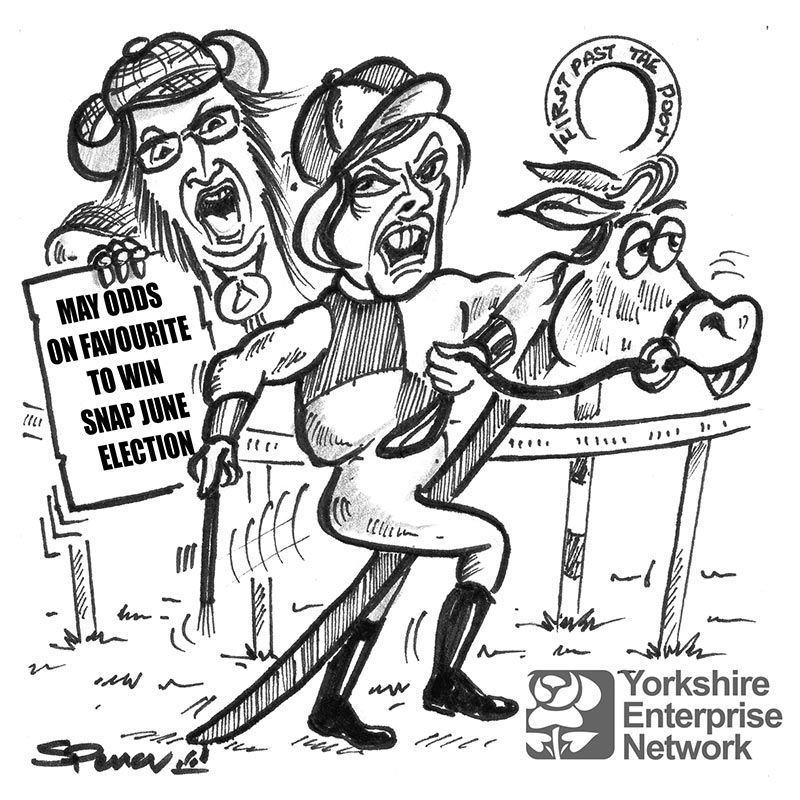 With her sizable lead in the opinion polls, it’s no surprise that Theresa May has called a snap general election. But we’ve all been here before and sure thing results have been turned on their heads come polling day.

Is this election really necessary? Or is it a big distraction from the big issue facing the UK… Brexit.

Stewart Arnold, Leader of The Yorkshire Party commented: “We had a General Election not even two years ago and the Prime Minister has a sufficient majority to enact Government policy.

“There is no real reason to have a General Election in two months time, except to damage the other parties. Her Brexit plans won’t come under real scrutiny in this election because they are not defined on both sides. Surely the time for an election is when the plans are completed? Instead, millions of pounds of taxpayers’ money will be spent on an unnecessary parliamentary election.