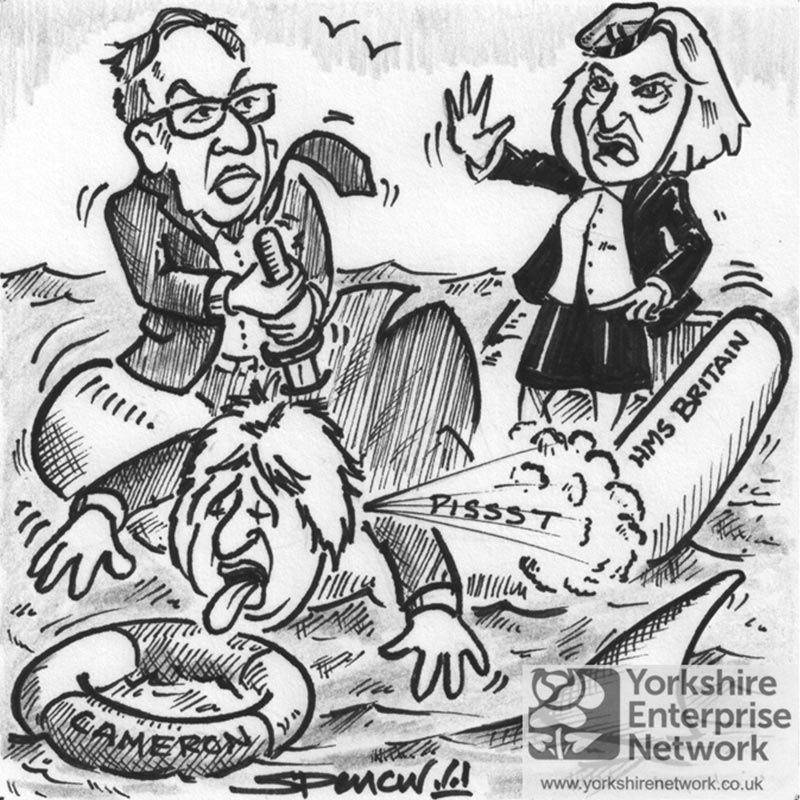 “Michael! Did You Have To Use Such A Long Knife?”

So Britain’s exit from the EU got the thumbs up by a narrow majority and immediately the rats began abandoning ship before even the tiniest of leaks had appeared. Having said he would steer us through the rocky waters of Article 50 of the Lisbon Treaty, Prime Minister, David Cameron, changed course announcing he would step down and leave it up to his successor to lead the country to the promised land.

With his sights set firmly on becoming the next PM, Boris Johnson was all set to take the keys to Number 10, confident in the fact that any leadership contest was a mere formality. What he wasn’t expecting was the responsibility of triggering Article 50.

Like a Shakespearian play the plot grew thicker as BoJo’s ‘campaign manager’ Michael Gove, under cover of darkness, twisted the knife into the former London Mayor’s back by announcing he would run against him. Overnight the pundits favourite, Johnson, was forced to announce he would not be putting his name forward in the Tory leadership battle.

Gove also got his just deserts has he failed to get support, leaving just Home Secretary, Theresa May, and former Economic Secretary to the Treasury, Andrea Leadsom to battle it out. Over the weekend there was more drama when Leadsom suggested that as she was a mother, she was the best candidate to represent the country. Beleaguered under a sea of criticism, Andrea Leadsom was also forced to pull out of the race, leaving Theresa May free to become the UK’s second female Prime Minister without a vote been cast.

Although she was firmly a believer in Britain remaining in the European Union Mrs May as confirmed she will oversee the country’s departure from the collective. Meanwhile Nigel Farage and Boris Johnson, who campaigned to leave the EU, never had a plan once that objective had been achieved. Instead they sail off into the sunset confident that someone else will have to sort out their mess.