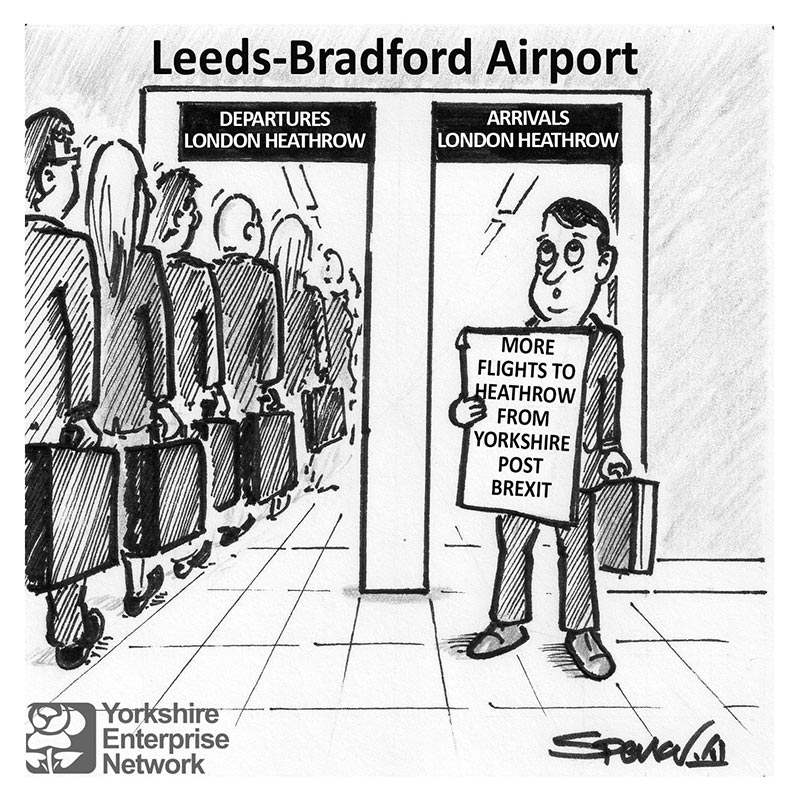 The YEN cartoon in February looked at Minister for Aviation, Lord Ahmad’s visit to Leeds-Bradford Airport. During his visit to the region he said that he believed a new third runway at London Heathrow would help boost Yorkshire’s economy.

However, a recent report suggests that there could be more flights going to Heathrow from our region than coming the other way. This is due to a relaxation in competition laws when the UK leaves the EU as current EU regulations don’t allow for one member having an unfair advantage over another member state.

Tony Hallwood, Leeds Bradford Airport Aviation Development Director said: “Our three times daily British Airways service connects the Leeds City Region and Yorkshire with London and the world – it’s so important to our regional economy. It supports jobs and helps to attract investment to Yorkshire. We support the call to the Government to back proposals to ring fence slots for domestic routes, including services at Leeds Bradford Airport, to safeguard regional connectivity and provide critical links from London to the rest of the UK.”

It’s hoped that this improved connectivity will bring more business and investment to the region, but at a time when Yorkshire needs the promised investment the Northern Powerhouse was supposed to bring, will it be perceived as yet another way, along with HS2, to make it easier for our talented individuals to seek better paid positions in the South East of England?