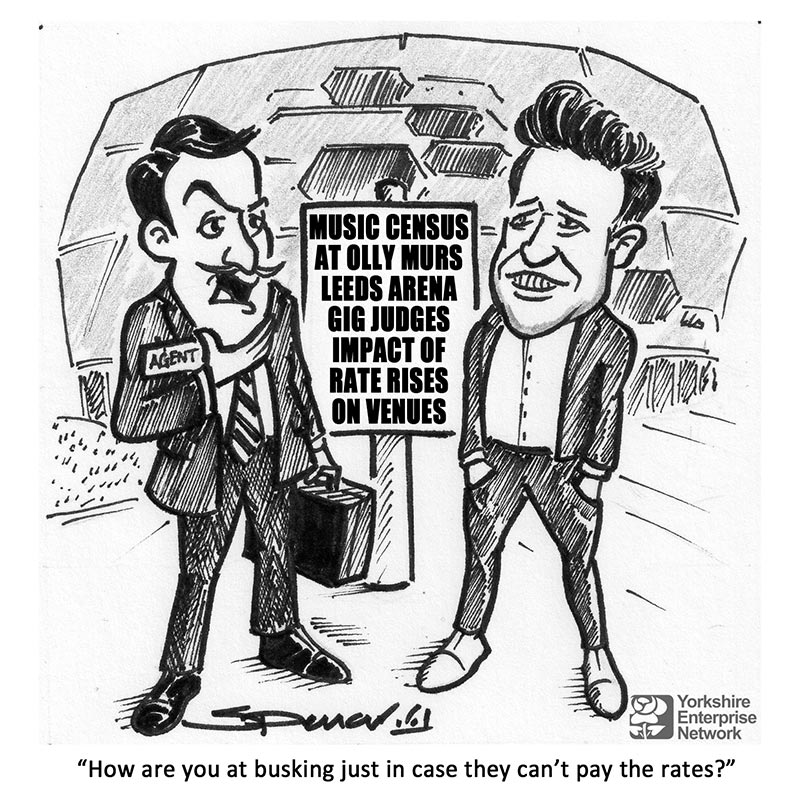 Rates rises could pull the plug on live music venues.

Keeping music live these days is no easy business and there have been some venues forced to close due to council noise regulations as once commercial properties have been converted for inner city living.

For a sizeable number of venues margins can be pretty tight and Chancellor Philip Hammond’s Spring Budget was cause for concern for venues throughout Yorkshire and the UK, and the feared hike in commercial property rates would force many to close their doors.

To gauge the health of our music venues the University of Edinburgh has carried out The UK Live Music Census. From buskers to arenas, for 24 hours on Thursday, March 9, 2017 volunteers monitored gigs and performances up and down the country. Leeds Arena was one venue that took part as chart topper and former X Factor contestant, Olly Murs performed live.

Matt Brennan, who is heading up the project said: “Venues around the country have been telling us that they already operate on thin margins, so proposed increases in rateable values of up to 55 per cent in some cases will have a significant impact.”

Despite a promise of £435m to help businesses worst affected, businesses are still bracing themselves for large increase in their tax bills from April as commercial properties are revalued. Many business leaders are calling for a complete overhaul of the business rates system to make taxing of commercial properties fairer. For some pubs and smaller venues, who are struggling to survive, this could come too late.