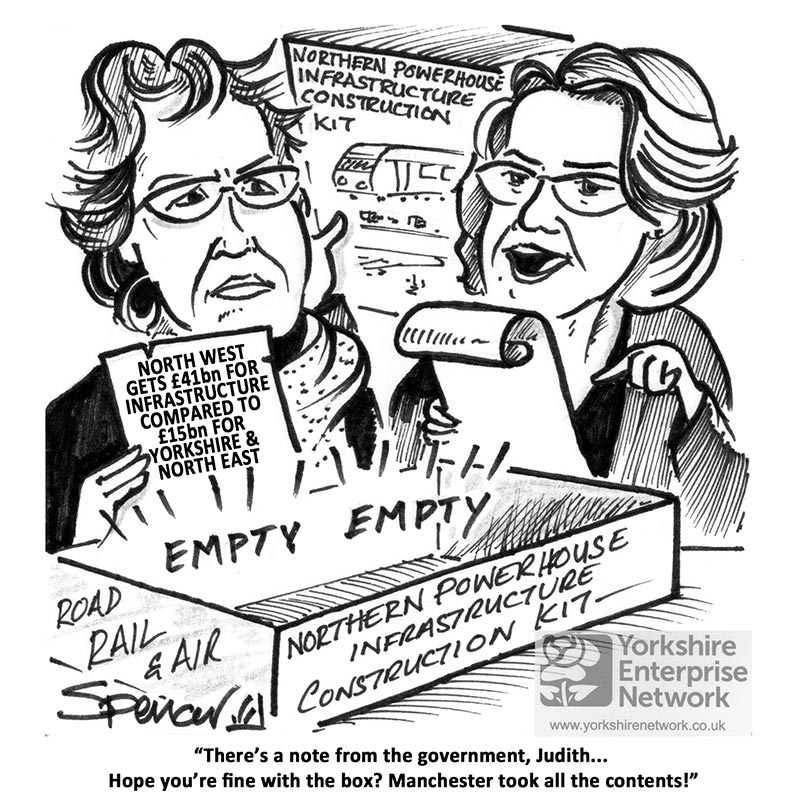 Former Chancellor, George Osborne’s utopian dream of a Northern Powerhouse was heralded as a renaissance for the North of England. The once powerful industrial cities, who provided the nation’s wealth for over 150 years, would see investment pour in to provide vital infrastructure with improved transport networks that would enable the great Northern cities to compete with established business centre like London and those of Europe.

But divisions between proposed City Regions and a lack of any real investment, not to mention a new Prime minister and Chancellor, have seen some of the deals stalled or falling behind as councils fail to disagree on certain issues such as metro mayors.

In November 2016, divisions between the various Northern Regions was further exposed when an imbalance in the proportion of funding for infrastructure in the North was revealed. Of the £56 billion allocated by the Treasury for spending on infrastructure over the next five years, £41 billion was earmarked for the North West, whereas only £15 billion was to be spent in Yorkshire and the North East.

This means cities such as Manchester and Liverpool who have enjoyed large scale investment over the past 35 years, and in the case of Manchester which has a fully developed tram system, will now move further forward with this new injection of cash. Whereas their North East and Yorkshire and The Humber counterparts will be left even further behind as they struggle to upgrade already inadequate transport networks. Leeds failed super tram proposal, which collapsed last year, is just one project which highlights the gulf of such infrastructure that exists on either side of The Pennines.

The leader of Bradford Council, Susan Hinchcliffe commented: “I don’t think the Northern Powerhouse is working for everybody which is why people feel left behind.” Further adding “I applaud the idea of a powerhouse but what we need is help to ensure Yorkshire and the North East can catch up so everyone can achieve their potential.”