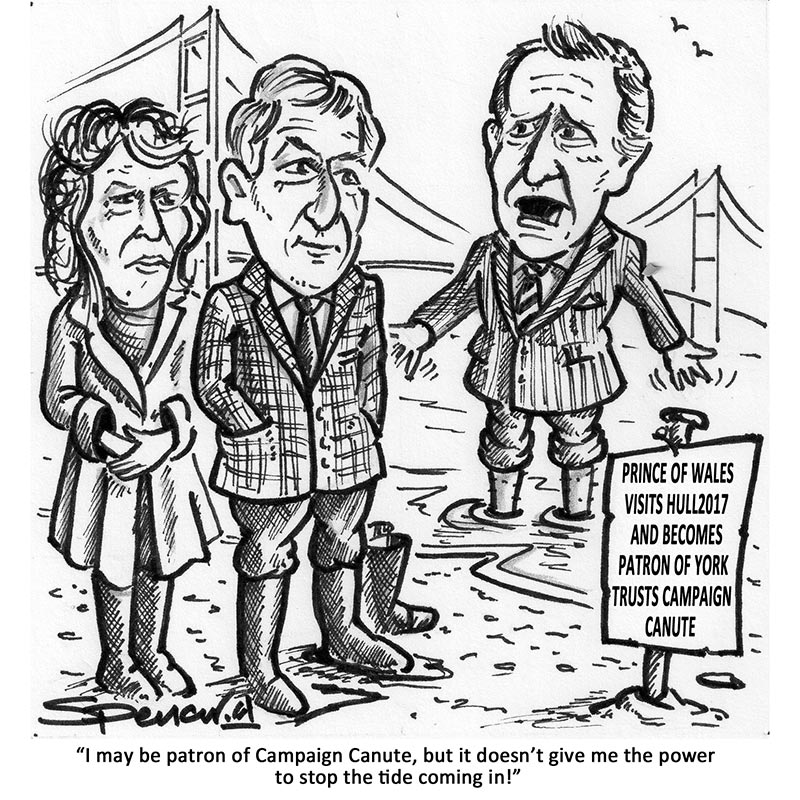 Hull got a major boost to it’s UK City of Culture celebrations last week when the Prince of Wales and the Duchess of Cornwall paid Yorkshire’s port city a royal visit.

The prince and duchess visited the East Riding back in 2013, but Prince Charles hasn’t visited Hull since 1995. Leader of Hull City Council Steven Brady commented “We are delighted to welcome their royal hignesses to the city at the start of our year as UK City of Culture.”

The city’s Feren’s Art Gallery was top of the royal couples list of venues to visit following a controversial £5.2m refurbishment. The city’s council were criticised for contributing £3.7m to upgrade the gallery’s lighting, temperature and humidity systems at a time when they are hard up for cash.

Recently the Prince of Wales has been made patron of York Archaelogical Trust’s Campaign Canute which was set up to repair the damage caused to York’s Jorvik Centre following the floods of 2015. So far the campaign as raised around £1m of the £1.5m needed to develop the city’s major tourist attraction which is due to reopen it’s doors to visitors on April 8.