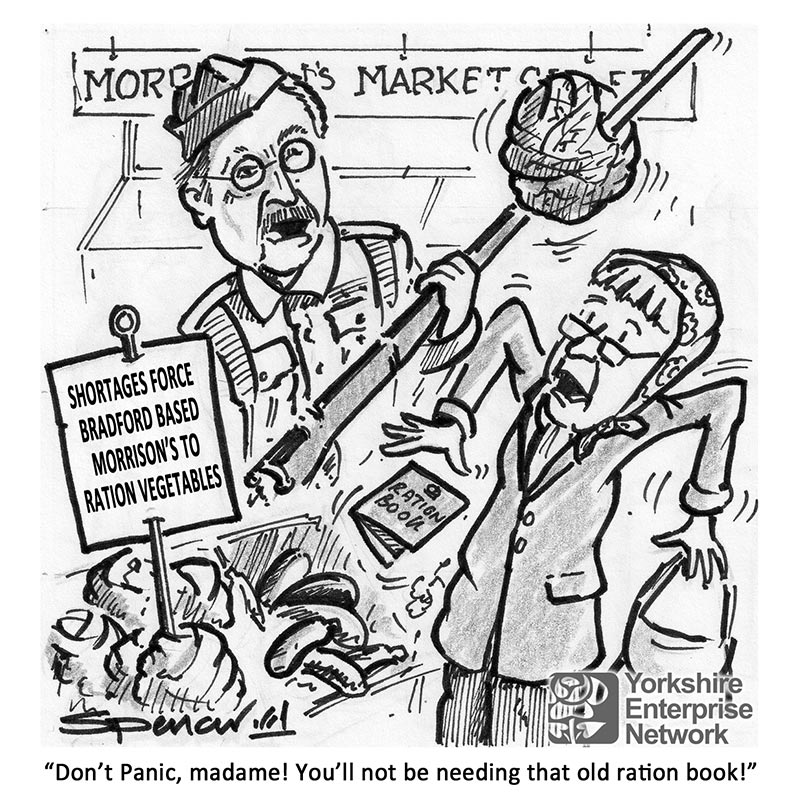 Recent shortages of certain vegetables have prompted many of the UK’s supermarkets to restrict the amount that customers can purchase on one visit.

Morrison’s, who recently lost their founder Sir Ken Morrison, have also had to set limits. The Bradford-based supermarket will only allow customers to purchase two heads of broccoli per visit until supplies improve.

There have also been reports of restaurants and other catering businesses buying from the supermarkets as wholesalers are unable to supply those businesses. This is also a reason that rationing was introduced in order that loyal customers could buy the vegetables affected.

The shortages, which affect the supply of iceberg lettuces, courgettes, and broccoli, are the result of bad weather and floods in southern European countries.

For those old enough to remember the Second World War, don’t panic. New sources, such as the U.S.A are been investigated and stocks are expected to improve over the coming weeks. So no need to search for those old rationing books just yet.