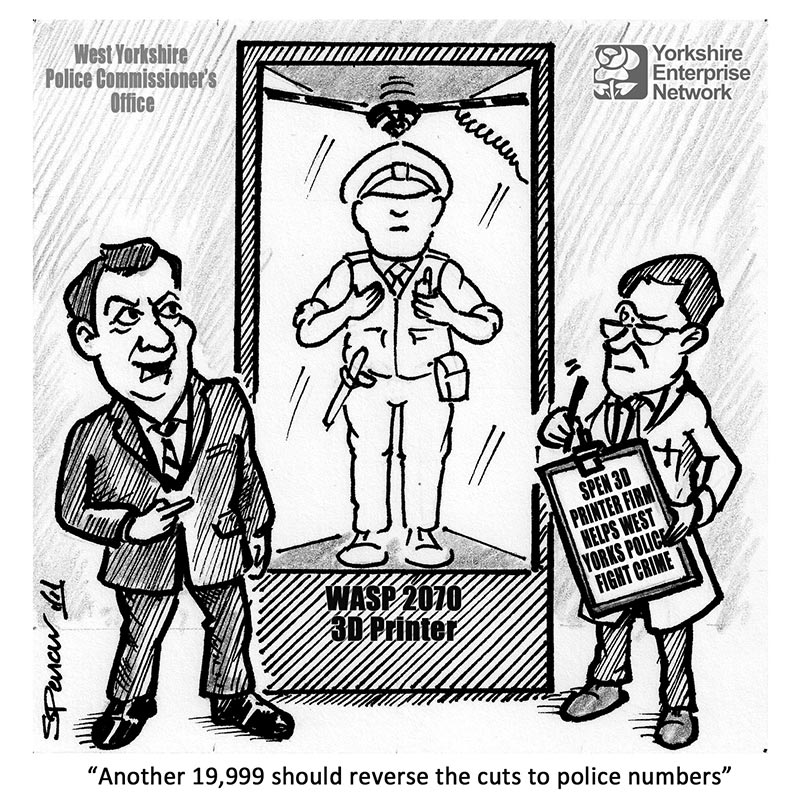 A Spen Valley 3D printing business has teamed up with West Yorkshire Police to fight crime.

Hawk 3D Proto, who are based in Cleckheaton, have secured a deal with West Yorkshire Police to supply them with a Delta Wasp 4070 3D printer.

The use of 3D laser scanning technology has been used to recreate animated plans for court use for nearly ten years, but a large scale 3D printer will enable the Regional Scientific Support Unit ( SSU) to recreate solid 3D crime scenes for judges and juries to examine.