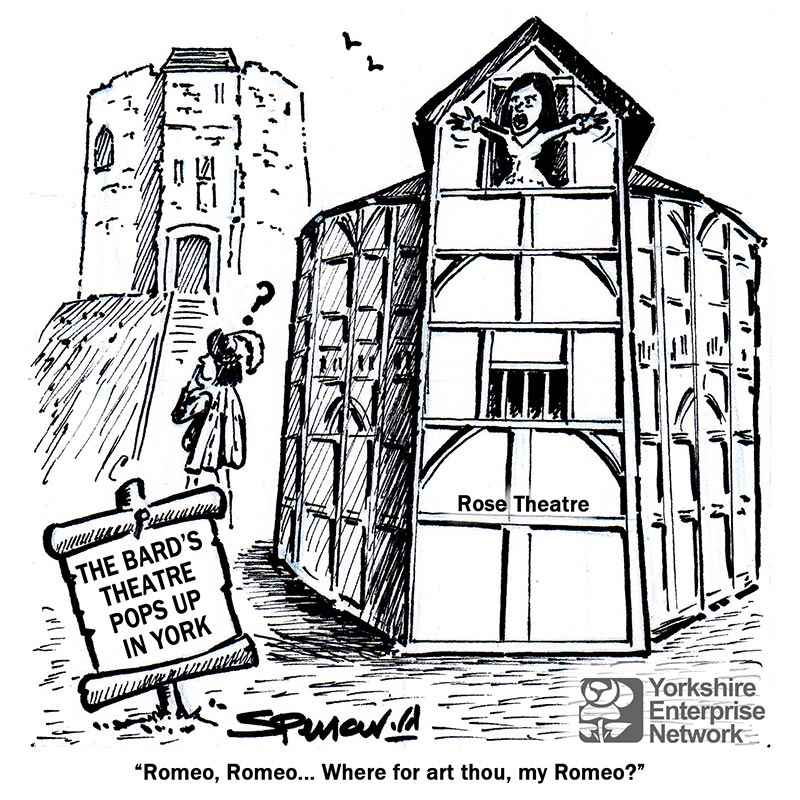 Shakespeare’s Theatre to come to York.

“To be or not to be?” isn’t really the question… In what has been hailed as a great feather in Yorkshire’s tourism cap, the City of York has been chosen as home to a replica of Shakespeare’s Rose Theatre in 2018.

The 950 seat theatre will be made entirely of wood, similar to the original built in London in 1587, and is to be built on the castle car park close to Clifford’s Tower.

Lunchbox Productions of Ryedale have presented plans to York Council for the temporary structure in which they are hoping to perform the Bard’s classic plays Macbeth, Romeo and Juliet, A Midsummer Night’s Dream and Richard III from June 22 through to September 2, 2018.

“Shakespeare is known and loved throughout the world and this iconic event will give us a prime opportunity to promote York to both UK and international visitors.

“The Elizabethan–style theatre with its open roof will look stunning beside Clifford’s Tower and is likely to generate thousands of additional visitors, as well as increasing our media profile, once again putting York firmly on the map as a City of Festivals.”