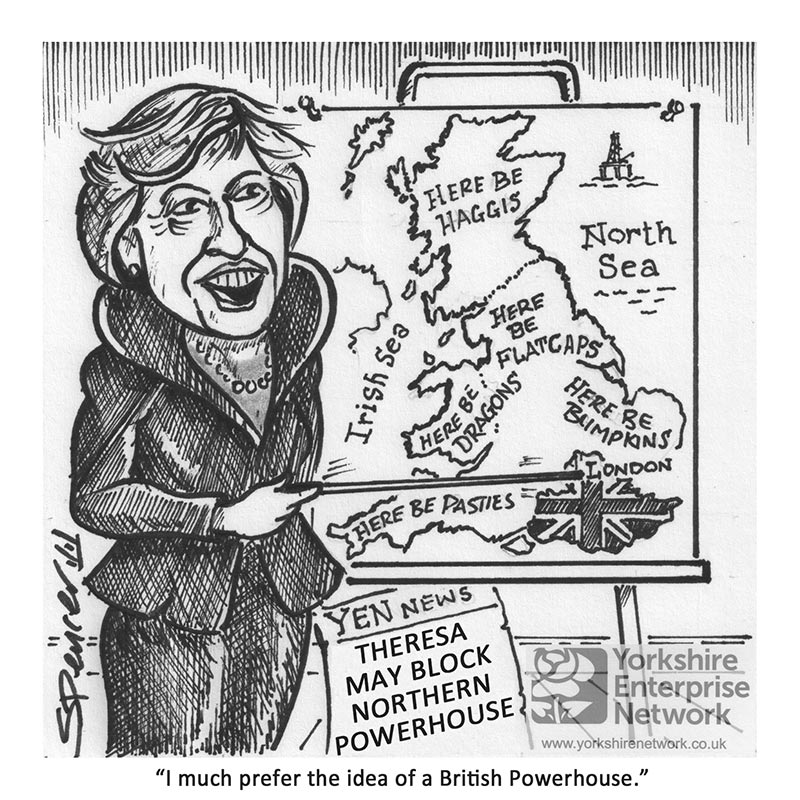 After promising a fairer Britain in her first speech, Theresa May seems to have shifted emphasis on one or two issues. George Osborne’s flagship project, The Northern Powerhouse, was a concept I was never entirely comfortable with. Especially for Yorkshire, has I am not in favour of divisive ‘City Regions’. But it did sort of address the North South divide issue that as dogged development for the regions.

Like unsightly cobwebs, the UK’s new Prime Minister has swept away the former chancellor’s dream project and seems to favour a ‘British Powerhouse’ viewpoint. At a recent Cabinet Committee meeting to discuss the economy and industrial strategy the Prime Minister hinted at a plan to drive growth both in rural areas as well as the big cities.

On the surface this sounds quite encouraging, but we in the North tend to be very cautious about these things having bore the brunt of government policy in the past. London and the South East have done very well in recent years whereas the regions have not shared in the same kind of investment that the home counties have experienced. Time will tell whether this will be yet another failed attempt to bridge the North South divide.