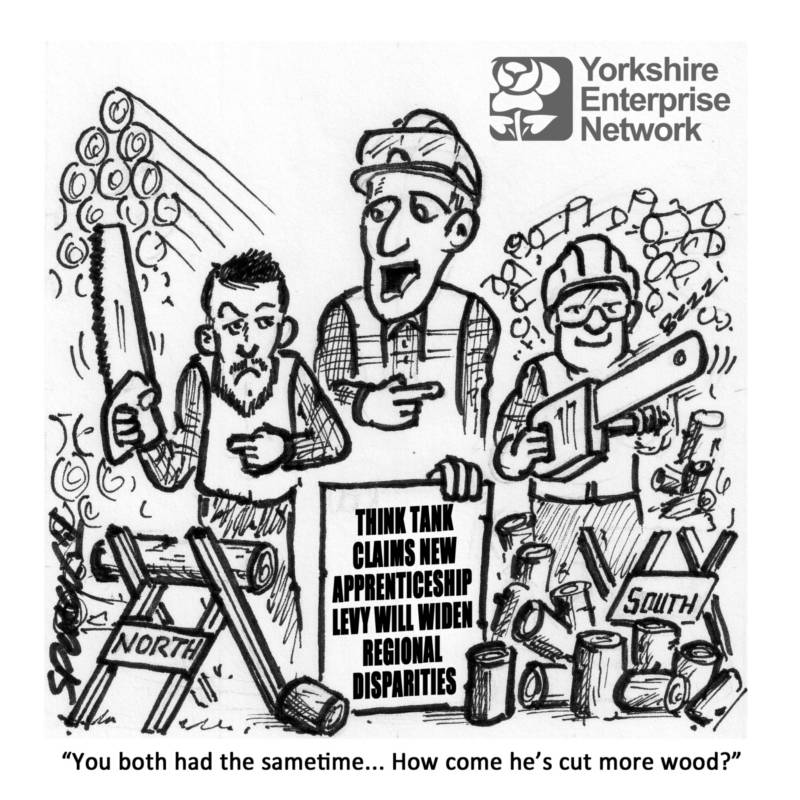 New Apprenticeships Levy Could Leave the North Further Behind

‘Apprenticeships are changing’… The colleges and other establishments have been holding seminars and open-days for most of the year with the aim of getting businesses up-to-speed with the government’s new Apprenticeships Levy.

The intentions of the new levy is to raise numbers and increase the standards of apprenticeships up and down the country, and it is hoped around 3 million new placements will be created by 2020. The Treasury will be expecting employers throughout England to pay out something in the region of £3 million to boost skills in what Education Secretary, Justine Greening describes as “vital in making this a country that works for everyone”.

However, think tank The Institute for Public Policy Research (IPPR) says the government’s figures show that areas with greater numbers of big employers and business, and higher levels of employment would benefit most from this investment. In post-industrial regions, such as the North, where higher levels of unemployment and lower levels of qualifications and pay are the norm, the impact of the Apprenticeship Levy will not be as great.

IPPR associate director for work and families, Clare McNeil, said: “The government has said that it wants to break down the barriers to social mobility faced by young people in this country. It is clear to see that young people outside of London and the south-east face a much harder time finding a first job or training opportunity – particularly those not going on to university.

“It is extraordinary then that the government has not analysed the regional impact of its new apprenticeships policy, which is likely to boost investment in training precisely in those areas where employment is higher, such as in London and the south-east, leaving unemployment hotspots in the north-east or Yorkshire with proportionately less funding.”

In response to the IPPR report Robert Halfon, the apprenticeships and skills minister, replied: “I have been clear that everyone should benefit from our reforms to apprenticeships and there is no evidence of a north-south divide. We currently have the highest number of apprentices on record, with 900,000 this parliament and with numbers consistently high across the whole country. We truly are investing in the whole of England by doubling funding for apprenticeships to £2.5bn by 2019-20 – twice what was spent in 2010-11 – and giving employers more power than ever before to design training that meets their needs.”

But Clare McNeil disagrees saying: “Unless it changes the policy to ensure that investment is distributed more fairly between north and south, it will exacerbate existing regional disparities in opportunity for young people.”