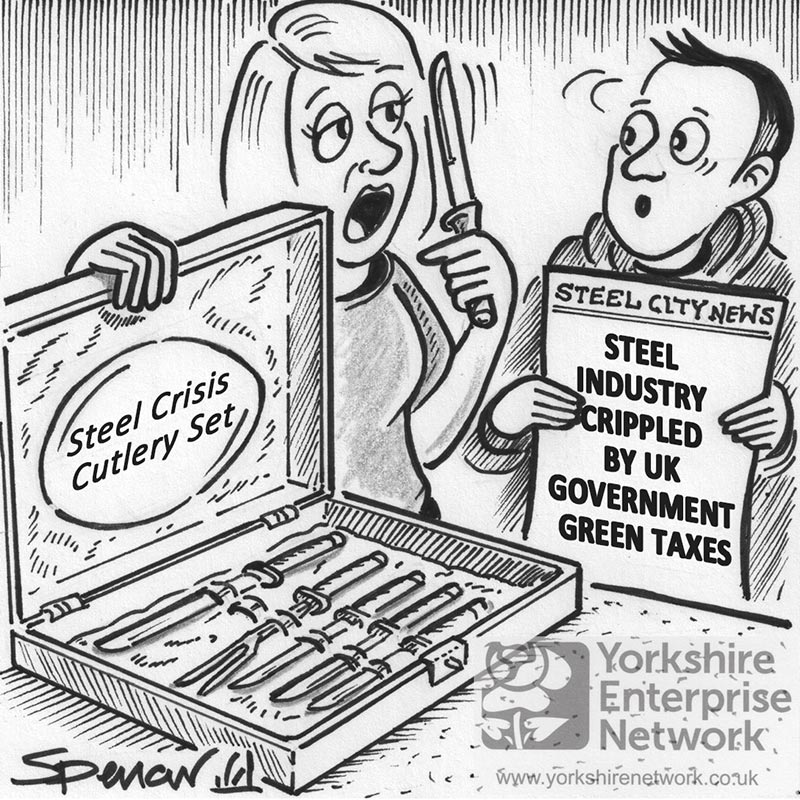 “This One’s Got ‘Made In Westminster’ Stamped All Over It!”

Saying one thing while doing another is fast becoming the trademark of David Cameron’s government. They talk of investment in the ‘Northern Powerhouse’ yet allow valuable government jobs and photographic collections to be removed to London.

The same can be said of the present steel crisis. With British industry struggling to survive, George Osborne signed a deal with China, back in October 2015, to build the Hinkley nuclear power station. A deal worth £24.5 billion that will support, not British private companies, but Chinese and French state-owned businesses.

This deal will also involve the use of Chinese steel in the building of Hinckley. Something that must have been a major factor in TATA Steel’s decision to pull out of the UK? Not only is this deal bad for British industry, it is estimated it will add a staggering £17 billion onto the deficit and increase the total household bills figure by £2 billion a year.

With this scenario in place, I find it incredible the government is trying to convince us that it had no idea TATA would be putting it’s UK assets on the market and as a consequence has been slow to get out of the blocks in attracting new investors for the floundering steel industry.

While it’s true that low-cost Chinese steel has been undercutting the domestic and European markets, and the EU has tied the government’s hands from offering a state bailout while imposing environmental levies, the damage David Cameron’s government has inflicted also can’t be ignored. His government has ignored EU recommendations by inflicting crippling ‘green-taxes’ way above what the EU stipulates to the point that some businesses are leaving the UK and taking jobs with them.