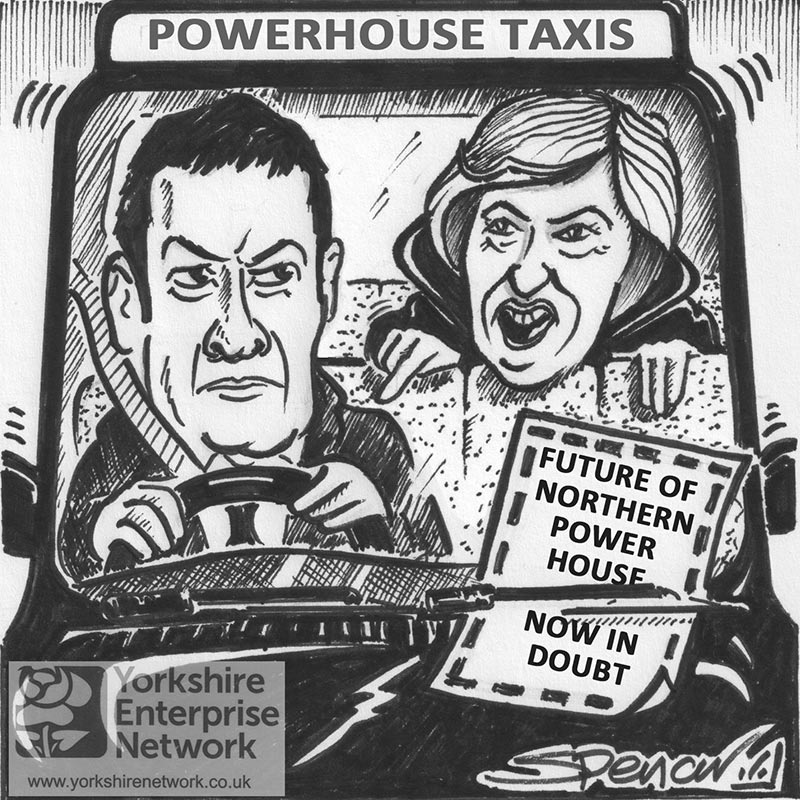 “Time To Let Someone Else Do The Driving, George!”

What now for the Northern Powerhouse?

The Scottish Referendum result of 2014 awakened a desire for English regions to shake off the shackles of Westminster and take the running of their finances and services into their own hands.

We all know the Midlands and the North were once mighty industrial powerhouses, providing most of the wealth and manufacturing drive behind Britain and its Empire. However, government domestic policy, industrial unrest and the loss of those major industries that created the wealth and jobs have either declined or disappeared altogether leaving many Northern areas among the most impoverished in Northern Europe.

Then along came George Osborne with his Northern Powerhouse concept which was going to redress the balance of power by creating ‘self-governing City Regions’ connected by brand new transport infrastructure which was to speed up travel and lead to growth of business.

When Theresa May became the UK’s new Prime Minister, George Osborne resigned as Chancellor which drew a big question mark over the whole future of the Northern Powerhouse.

Hopes that Mrs May and her new Chancellor, Philip Hammond, are committed to building a strong Northern economy were hinted at in her campaign speech when she talked of addressing the ‘gaping chasm’ between the capital and the regions. For this to happen she needs to ensure that high-speed transpennine rail projects need to move from the drawing board and become fully-funded projects with real deadlines for completion.