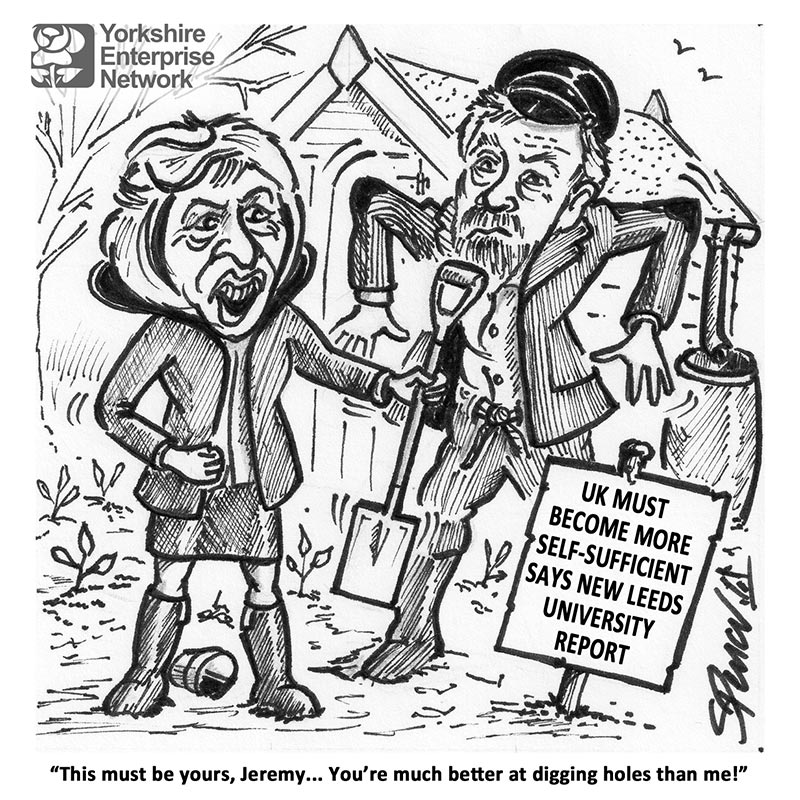 Has the recent shortage of certain lettuce, courgettes and broccoli filled you with the urge to turn your garden over to growing your own?

While not quite calling for us all to pick up our spade and ‘Dig for Brexit’, a new report from Leeds University is urging the UK to become more self-sufficient in food production. The report showed that British farmers produced around 52 percent of the food on our plates, with the other 48 percent imported from Europe and other global sources.

The report was commissioned by Bradford-based supermarket, Morrison’s, who have launched their own campaign ‘The Nation’s Local Food Makers’ which aims to recruit 200 new food suppliers from the UK.

To read more about the report please visit www.facebook.com/YorkshireNetwork and like our page.