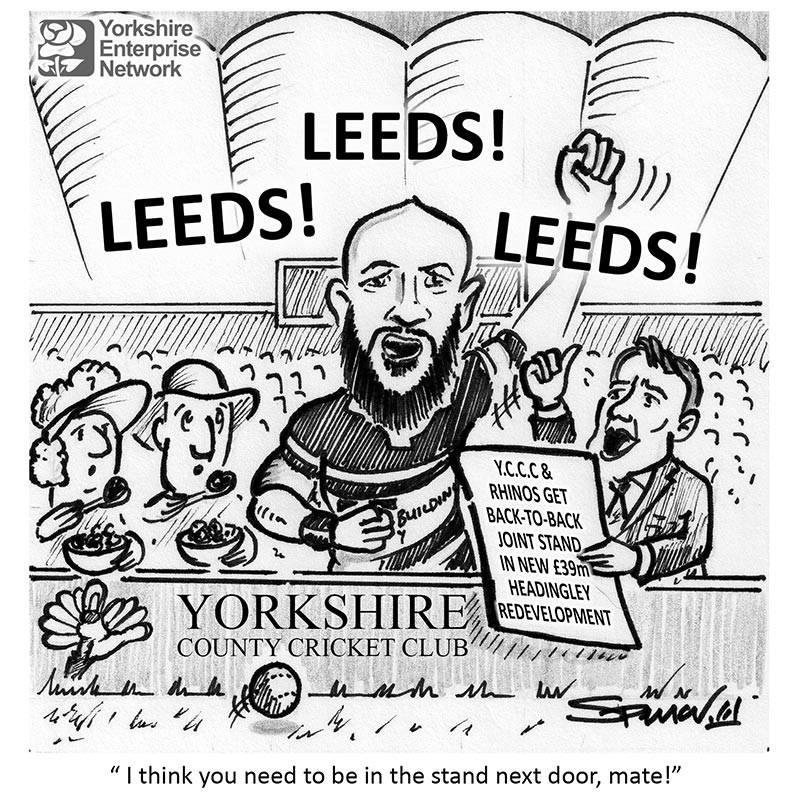 It’s still not clear where all the funding will come from, but Leeds City Council have finally given the go ahead for the redevelopment of Headingley Stadium, which is currently home to Yorkshire County Cricket Club, Leeds Rhinos and rugby union side Yorkshire Carnegie.

The redevelopment, expected to cost around £39m, will see the demolition of the old Yorkshire County Cricket Club south stand and the construction of a new ‘back-to-back’ stand which will feature 4,000 seats on the cricket ground side and 3,000 seats on the side facing the rugby ground. In addition Leeds Rugby will have a new 7,700 capacity south side stand built.

There had been plans to raise some of the cash by selling off greenbelt land to housing developers in the Weetwood and Tingley areas which is owned by Leeds Rugby, but following protests this idea seems to have been dropped.

Redevelopment of Headingley Stadium is vital if test cricket is to be continued at the home of Yorkshire cricket. With a England versus Australia test match and the Cricket World Cup planned to take place, it’s hoped work will be completed in time for these major competitions in 2019.