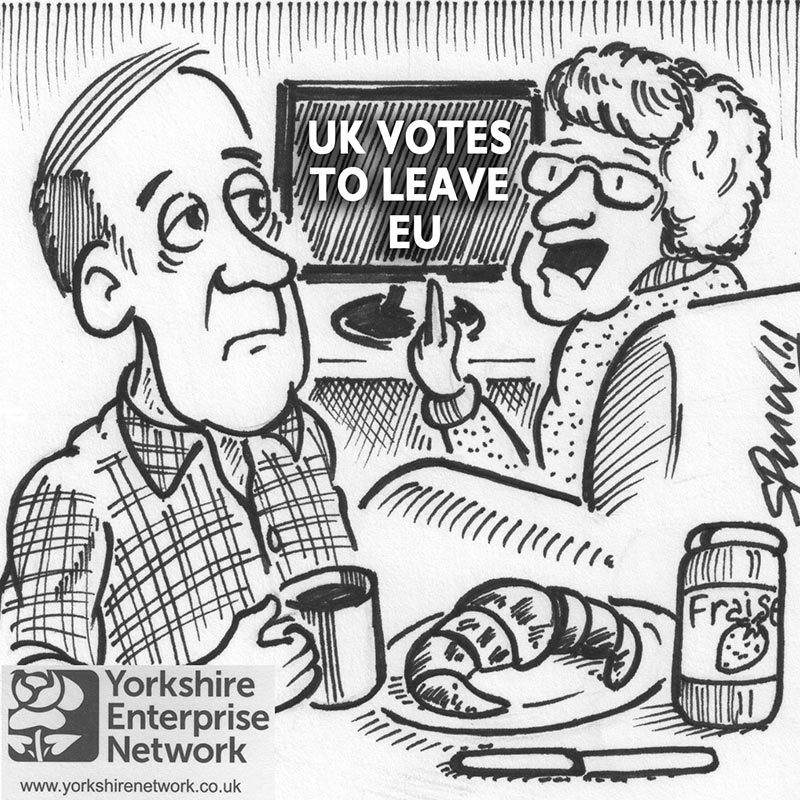 “Does This Mean I’ll Not Have To Put Up With Continental Breakfast At T’ B&B In Scarborough Again?”

Other than wondering how many sausages they were to have on their Brexit breakfast, it looks like the leaders of the Leave camp haven’t got a clue what to do next. Everyone expected David Cameron to remain and oversee the implementation of Article 50 of the Lisbon Treaty, but his resignation speech on Friday morning has handed that poisoned chalice to his successor.

Boris Johnson looks like a man with the weight of the world on his shoulders. Never really in the Leave camp until two weeks before the date of the referendum was announced, Boris was up for the PMs job, but not for been the one to ‘press the button!’ The leave result took them by surprise and the fallout over the weekend has left Parliament reeling.

Scotland having voted to remain in the Union, partially due to been the rest of the UK been in the EU, is now livid that their UK partner is now dragging them out of Europe against their will. To add to the UKs economic uncertainty it also looks like the Union could be at risk of disintegration if Scotland calls another referendum on independence.

Thursday’s referendum is actually advisory and non-binding, unlike the referendum on electoral reform of 2011, where the government had a legal obligation to legislate. So as the reality of a Post-Brexit UK begins to bite, there is growing demands for a cross-party group of MPs to look at the options and argue the case for a rethink of the referendum result.