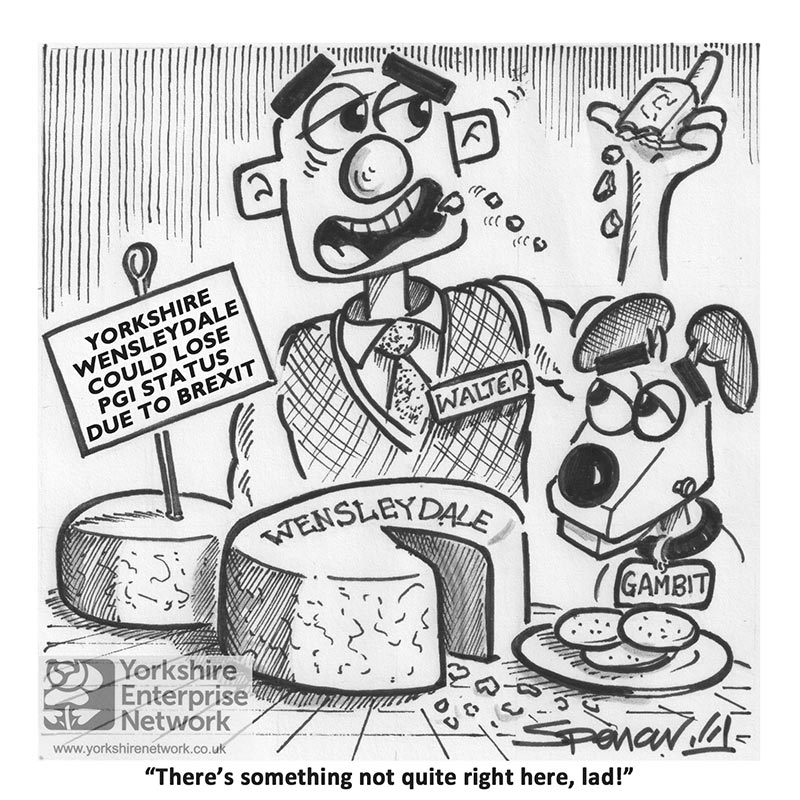 It’s a cheese that tastes perfect on its own and is great with cranberries. Even Wallace & Gromit have taken a liking to it. Yorkshire Wensleydale has been produced in that dale for donkey’s years. And the skills, knowledge and traditions that go into producing Wensleydale have been passed down through generations, ensuring the unique flavour and quality of the county’s favourite cheese.

When you are next at the supermarket take a look at a pack of Hawes Creamery Yorkshire Wensleydale. You’ll see a little yellow and blue circle with the words ‘Protected Geographical Indication’ (PGI) printed on it. Yet Yorkshire Wensleydale was only awarded this status in 2013. Like all of the UK’s products that bear the PGI status, it’s usually the culmination of a long campaign to protect our traditional food products.

What this means is that any company around the world trying to pass off their cheese as our own, can be taken to court under EU rules, sued and prevented from marketing their inferior cheese as Wensleydale. However, that protected status could now be under threat from cheap mass produced copies following the UK voting, albeit very slim, to leave the EU. This could lead to job losses as cheap, inferior copies, sold for a lower price while been labelled as ‘Yorkshire Wensleydale’ flood the nation’s, as well as the world’s, cheese sections.