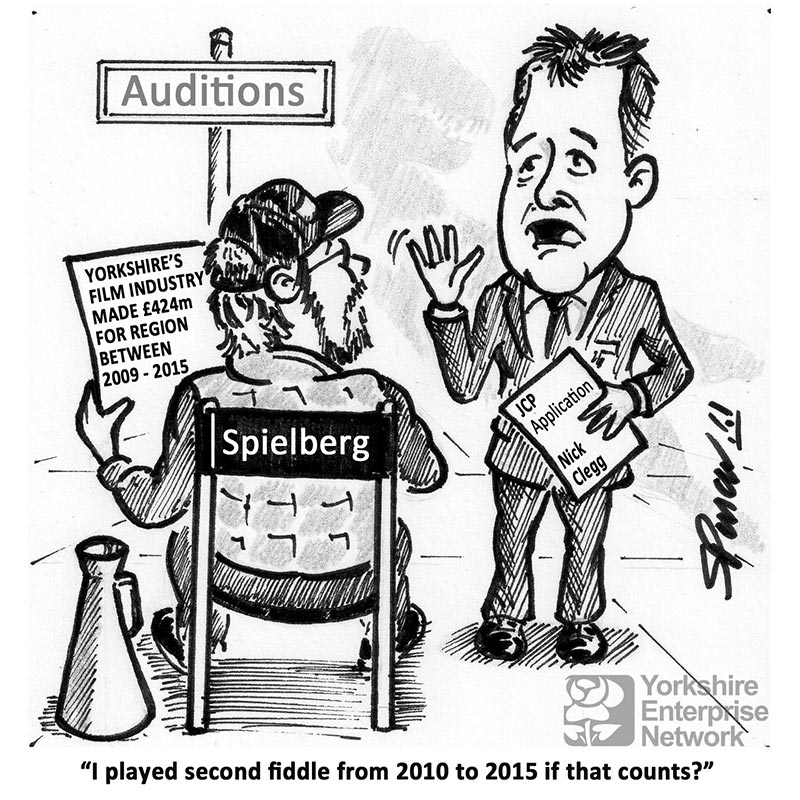 Yorkshire’s Film and TV Industries create £424 million for the region.

Figures recently published by Screen Yorkshire show that the county’s film and television industries are growing faster than anywhere else in the UK.

Yorkshire and Humber’s film and television industries generated around £424 million per year between 2009 and 2015. This shows a growth rate of 247 percent compared with the UK average of 118 percent.

Screen Yorkshire is funded by the Yorkshire Content Fund which is supported by the European Regional Development Fund (ERDF) which has helped businesses in the region secure £157 million of investment over the next five years.

Chief executive at Screen Yorkshire, Sally Joynson, said: “With the UK’s creative economy booming, this new research is highly significant for Yorkshire and these figures clearly demonstrate that the region is punching above its weight when it comes to producing world class film & TV. We can now demonstrate how much more we can achieve for the region, the wider north and the UK economy as a whole if we can attract the right level of support and investment into the sector in Yorkshire.”