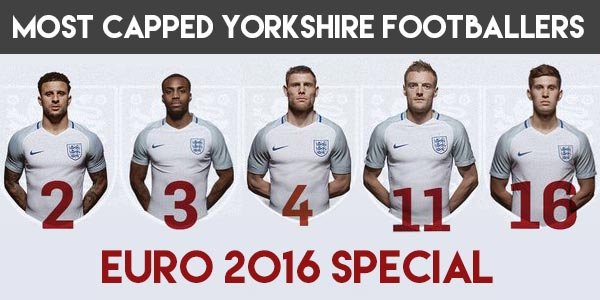 Kyle Walker is an English professional footballer who plays as a right-back for Premier League club Tottenham Hotspur and the England national team. Walker was called up to the England U19s in February 2009. He made his début on February 10th, coming on as a second-half substitute in a 3–0 loss to Spain U19s. Following his first run of regular Premier League starts, Walker was called up to the full England squad in February 2011 and again in March 2011. However, he did not feature in any of the games played and pulled out of the squad in March due to an injury. Walker’s biggest personal award was when he was named The Professional Footballers Association ‘Young Player of the Year’, beating teammate Gareth Bale, who would later become the most expensive player ever sold.

He made his debut for England during the 2011-2012 season, which saw him named in the squad for a friendly against Spain. He made his debut in the 1-0 win over Spain as a 85th minute substitution coming on for Scott Parker. Walker went on to make his first start for England on November 15th, in a 1–0 win against Sweden, during which he won man-of-the-match. He then missed the 2012 Euros because of a toe injury, suffered in a league game against Fulham. Despite also missing the 2014 World Cup through injury, he has made himself an England regular and has recently been named for 2016 Euro team after a good season with Tottenham Hotspur.

Aaron Lennon is a current professional footballer who plays on the wing for Premier League outfit Everton. Aaron Lennon became a member of the Leeds United academy in 2001 and set a record for the youngest ever player to have his boots sponsored when he was only 14 years old. Two years later, Aaron broke another record when he was subbed on against Tottenham Hotspur at the age of 16 years and 129 days; making him the youngest player to appear in the Premier League at that time.

Aaron’s full England debut was in 2006 in a 6-0 win over Jamaica, Lennon came on as a second half substitution. The same happened again in the second group game vs Trinidad and Tobago, this was also his first appearance appearance in the World Cup. After sportatic call-ups to the England team and England failing to qualify for the 2008 Euros, Lennon didn’t appear in a major tournament till the 2010 South Africa World Cup, here Lennon made it into the squad and started in the two opening games against the United States and Algeria, but after a couple of bad games Lennon was dropped. Since then Lennon continued to play for Tottenham, then eventually Everton, but failed to re-establish himself back in the England squad.

Nick Barmby is a former English footballer and a former manager of Hull City. As a player he played as a midfielder and appeared for England from 1995 to 2001. As well as two season in Premier League with Hull, Barmby appeared in the top flight with Tottenham Hotspur, Middlesbrough, Everton, Liverpool and Leeds United. He is one of only nine players to have scored for six different premiership league clubs.

Barmby earned his first cap for England in 1995, coming on as a 64th minute substitute in a 0-0 draw against Uruguay. He was later named in the Euro 1996 squad, making most of his appearances from the bench. Following up from the Euros, Barmby scored the first goal under Glenn Hoddle’s reign. However, this turned out to be Barmby’s last appearance for England for four years. He would go onto earn a spot in Kevin Keegan’s Euro 2000 squad, he then had his last appearance for England one year later after a 2-2 draw vs Greece.

Stuart McCall is a former football player and manager. He made a total of 763 league games. He is mostly remembered by his time at Bradford City and Rangers, however he also had spells at Everton and Sheffield United. As a manager, he was also in charge of Bradford City as both their caretaker and their full time manager for seven years. He also managed Motherwell between 2010 to 2014, and had a one year spell at Rangers in 2015.

Despite being born in Leeds, Stuart qualified for the Scotland National Team through his grandfather. He made his first cap for Scotland in 1990 in a 1-0 win over Argentina, that year he made 5 appearances and earned himself a call up to the 1990 World Cup squad. He then went onto to play in the 1992 Euros. His last cap came in a friendly against Denmark in 1998.

David Batty is a former English footballer who played mostly as a defensive midfielder. He most known for playing in the top flight with Leeds United, Blackburn Rovers and Newcastle. During his time at Blackburn Rovers, he won the Premier League title, despite missing most of season due to injury only and only made five appearances.

Batty’s performances for Leeds resulted in his England call-up under Graham Taylor in a 3-0 win against the USSR in 1991, aged 22. By the time of 1998 World Cup, he had become a regular under Glenn Hoddle, despite missing the penalty that prevented England advancing to the Quarter Finals. Batty’s last appearance was in 1999 in 0-0 draw against Poland, Batty was sent off in his final game in the 84th minute.

Mick McCarthy is a former footballer and a current manager of Ipswich Town. Born in Barnsley with an Irish father, Mick was able to qualify for Republic of Ireland National Team. Mick played for a number of football teams, such as Manchester City, Celtic, Lyon and Millwall. But he is most famous for playing for his hometown of Barnsley.

McCarthy made his debut in a goalless friendly against Poland in 1984. He soon established himself as a first choice player and featured in the 1988 Euro team. Soon after, he became the Captain of the national team and lead them to the quarterfinals of 1990 World Cup; losing in the end to Italy 1-0.

James Milner is a current English footballer who plays for Liverpool as a midfielder. Milner has also played for a number of other clubs such as Leeds United, Newcastle United, Aston Villa and Manchester City. Arguably, Milner’s best years were for Aston Villa, where he was named as the PFA ‘Young Player of the Year’ and was in the PFA ‘Team of Year’. This resulted in a big money move to Manchester City, where he adopted a wider role in midfield.

Before making his full debut, Milner was the most-capped player for the England Under 21s in history with 46 caps. He debuted for the senior team in 2009 when he came on as a substitute in a friendly vs the Netherlands. He was picked in the team for the 2010 World Cup and captained England for the last 10 minutes in a match vs France due both Steven Gerrard and Rio Ferdinand going off. He was then named in the 2012 Euro team and the 2014 World Cup squad. Despite spending spending over five years in the England team, his first and only goal didn’t come until a 5-0 win against Moldova in 2012.

Kevin Keegan is a former English footballer and manager who’s played for many different clubs and also managed multiple clubs who were promoted as champions in his first year in-charge. He’s also managed the England national team. As a player in the 1970/80s, he has been described as “arguably the first superstar English player to attract the modern media spotlight”. Kevin Keegan is also the only English player to win the ‘ballon d’Or’ twice.

Keegan made his England debut in 1972 in a 1-0 World Cup qualifying match vs Wales, however, England failed to qualify for the 1974 World Cup. He scored his first goal for England in his third appearance (this was also against Wales). In 1974, after a falling out between Don Revie and Gerry Francis, Keegan was awarded with the captaincy of England. He went onto to captain the side 31 times until his retirement after the 1982 World Cup.

Gordon Banks is a former England International goalkeeper who made 628 appearances during a career that lasted 15 years. He was also capped 73 times for England and is regarded as one of the best goalkeeper to ever play for the team. Gordon Banks is most famous for being England’s first choice goalkeeper for their triumph in the 1966 World Cup.

Banks also made a famous penalty save against Pele in the 1970 World Cup, which is regarded as one of the best saves ever. Banks won his first cap in 1963 against Scotland at Wembley and would established himself as England’s first choice leading up to the 1966 World Cup, he then remained first choice in the 1970 World Cup. His last appearance was in 1972 in a 1-0 win over Scotland at Hampden Park. During his 73 international games he kept 35 clean sheets and lost just nine games.

David Seaman is a retired England International football goalkeeper who played for Arsenal, Queen Park Rangers and Birmingham City in a career lasting from 1981 to 2004. Seaman made his England debut in 1988 and appeared in the side for 15 consecutive years, a national record that was only equalised by Rio Ferdinand.

He earned his first England Cap under Bobby Robson in a friendly against Saudi Arabia in November 1988. His first major tournament was in 1996 Euros, where England made it all the way to the semifinals. He would go on to stay as the first choice keeper for the 1998 and 2002 World Cup, during the 2004 Euro Qualifiers, a number of bad performances lead to Seaman being dropped in favour of David James.