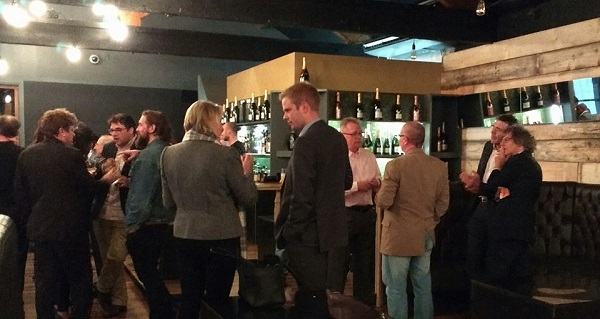 7 Networking Fears Most of Us Experience

During my many years of networking I have discussed this with lots of people. I too suffered the fear of networking. My very first experience of networking was at a BNI (Business Networking International) meeting. Luckily the group hadn’t launched and so was in its early core stage.

Having said that, for the first time in my life I had to walk into a room full of twenty plus business people who I had never met, unsure of how to strike up a conversation and not having a clue as to what I might say.

Added to this was the daunting prospect of standing up in front of all these people and giving a 60 second presentation about me and my new business venture. Trust me, if I could have run away, I would have. Looking back now I think, how ridiculous; why should I have been so afraid of basically holding a conversation? I had been quite successfully holding conversations at that point so far all my life!

Why is networking perceived to be so daunting? I suppose, looking back, some of my fears were probably due to lack of confidence, not feeling prepared and thinking would I make a fool of myself. But I am not alone; I have had conversations, good conversations with people who at the very mention of networking turn into ‘gibbering wrecks’ saying things like ‘oh I couldn’t network, I would be uncomfortable and wouldn’t know what to say’. They are seemingly oblivious to the fact that they have just spoken to me none stop for ten minutes.

So, what are some of the common fears I have come across?

As far as I am concerned the best way to overcome all these things is to just go out there and do it. The thing that helped me the most and improved my confidence, was preparation. The old military adage of ‘Fail to plan, plan to fail’ comes to mind and its true. Have an idea about what you want to say. Have a number of back up topics to aid with conversation should you feel it’s starting to dry up.

One of the most important things you can do is to ask questions and to find out about the person you are speaking to, be interested in what they have to say, listen and talk about them more than talking about you! At In Business we will help you overcome those fears in a relaxed and friendly atmosphere, why not give it a go?

What was your first experience of networking like? How did it effect you? How did it make you feel? What did you do to overcome your fears?

This blog was provided by Tracy Earl, In Business.