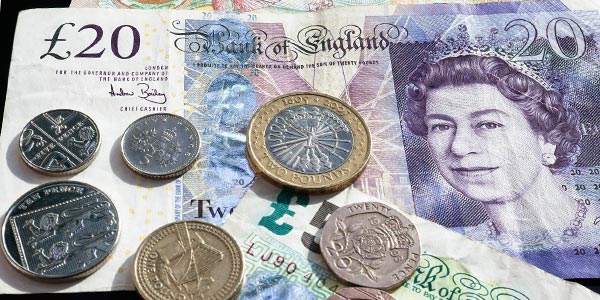 The most common money problem is that people feel that they don’t have enough money! This is surprising when you consider there is plenty of money around in the world today, more than there ever has been.

The problem for most people is that they are trapped into the ‘rat race’ – this consists of a job that takes up the majority of your time and energy yet doesn’t pay enough to fulfill the desired quality of life today, and, certainly doesn’t leave much room for making provisions for a future retirement, for wealth building!

To add to the problem, we are pressurized to spend what little cash is spare on luxury items such as German cars and foreign holidays; more subtle things too – such as expensive designer clothes, handbags and watches, the latest electronic gadgets, phones, TV’s, take-away coffees and an eating-out culture, etc. etc.

All this is brilliantly designed by the people in power to keep you running around the rat-trap, making them richer in the process!

Fortunately there is a solution. That is to increase your income (whilst keeping your living costs the same!!!).

Some ideas:
a) Ask for a pay rise. Very easy – you can do it today, you have nothing to lose. Your employer can only say no, and, even if they do, they are now alerted to the fact that you feel undervalued, underpaid and they will probably take this into consideration when you have your next scheduled pay review. (If they don’t mention it, during your next review, then make damn sure you do!).

c) Take on another part time job. Many people do this, but beware that this is only a short term solution, it should only be used to get you out of a temporary financial situation. The problem is that you will become very tired and unable to think your way to financial freedom.

d) Create additional streams of income that don’t take up too much of your spare time. Trading goods has never been easier, you can buy stuff cheap wholesale and markup and sell easily on-line at a profit. Amazon, Ebay etc are ready made sales outlets. Sell your own knowledge and ideas, create your own e-book or website. Sell other people’s e-books and knowledge – take a look at sites such as clickbank. Follow your passions and turn these into income generating activities. If you knit, sew, paint, photograph, shop, drive, decorate, compose, cook, program, diet, keep-fit, dance, brew, type, clean, etc. – find a way to make an income from your interests. Google ‘multiple streams of income’ (but don’t buy any of the 1000’s of schemes on sale they purport to show you how to do this – you can get all the info off the net for free anyway!).

e) The real aim should be to move from employed income through the four stages of income generation:

Read the books by Robert Kiyosaki – “Rich Dad, Poor Dad” series for more on this (especially the 2nd book). He does a very good job of explaining why you should do this.

Here is a quick example:
i) Angela is a cleaner, she is employed full time by a cleaning company. She is ‘Employed’, She earns £10 an hour, plus benefits such as sick pay, pension, paid holidays. Angela can’t really earn any more, unless she takes on extra hours, but overtime is hard to come by. If it is ever offered she takes it. Angela’s Employer charges Angela out to its clients at £25 per hour. After taking off the cost of Angela’s wages, Employers NI, overheads, management costs, insurance and office running costs, etc. the Employer makes a profit of £2 per hour on Angela.

ii) After a few years, Angela decides to go self-employed, she has made a few contacts and can get her own cleaning contacts, she undercuts her former employer and charges herself out at £20 per hour to her clients. She does have some overheads such and insurance, and she now needs to pay her own pension and she has no sick or holiday pay, so has to set aside money to cover both of these. After a while she also needs to spend money on advertising her services to gain more clients. After taking all of these into considerations Angela is now effectively earning £14 per hour. As she is self-employed she also pays her taxes at the end of the tax year, rather than immediately. She places the tax money in an interest paying account, so makes a little extra income from this. Angela finds that she can create plenty of extra income as she has more clients now that she can cope with.

iii) Angela now starts her own cleaning business and takes on additional staff to do the cleaning, after a few years she has grown the business and now has cleaners, sales staff, office admin staff, etc. She charges her cleaning out to her clients at £25 per hour and after all the wages costs and overheads, her company makes a profit of £2 per hour per cleaner. Angela employs 25 cleaners, so her company is making a profit of £50 a hour. Angela is the sole owner of the company, so she is effectively paid £50 an hour! Far more than she could ever have achieved as a cleaner herself. Angela doesn’t need all of the money to cover her living costs, so she saves and invests the ‘spare’ money. All her staff are happy and well looked after as Angela is a ‘good boss’.

iv) Angela one day she sees that her old cleaning company she used to work for us up for sale. Angela buys it with her investment money. That cleaning company employs 50 cleaners and gives Angela an effective income of £100 per hour. Angela is now an investor as that company runs itself. Angela retires from her first cleaning company.

She has an hourly income of £150 from the two businesses she owns. She is very wealthy and happy in her retirement!