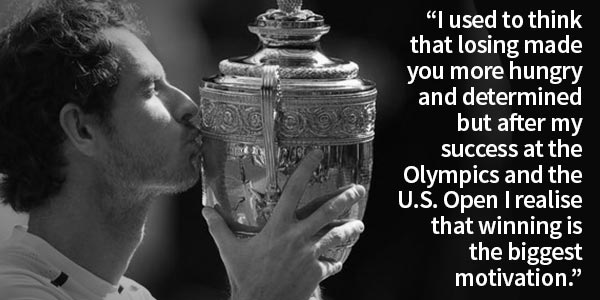 I’ve read so much negativity and borderline hatred over Andy Murray winning Sports Personality of the Year.

Why, in this country, do we resent success so much? It seems as soon as someone starts to achieve some real success, people are quick to tear them down. I’m seeing the same happening with Anthony Joshua in the boxing world. Relatively speaking, he is still in his early days as a heavyweight boxer yet, is already dealing with massive amounts of negativity from people on social media. I’m old enough to remember Frank Bruno going through the same thing, albeit in the press not social media. He was a world champion, never avoided anyone and fought a certain Mike Tyson in his peak, but was still ridiculed. I could list many examples of sports people this has happened to but why do so many people in this country resent anyone who’s successful? Where does this mindset, especially in this country come from? It’s a question I’m going to look into and write about another day - surely it can’t be as simple as jealousy?

Andy Murray has worked hard and sacrificed a lot on the way to becoming number one. For me, this is super inspiring and should be for everyone, especially young people. Not only for those in sport, but in any walk of life. I’ve watched tennis all my life, and Murray has had the highest standard of tennis players in the history of the game, standing in his way throughout his career. Instead of being happy being in the top four or five, he worked hard, kept re-evaluating his game, stayed dedicated, and dug deep until he made it to number one in the world. Andy Murray is a great example to anyone that, if you are totally focused on your goal, you work hard, get smart people to help you, and never give up, you can achieve whatever it is you want. Now, isn’t that something worth getting behind?

Described as an inspirational leader with an unrelenting passion to succeed and help others. Robert is a true visionary who has spent over 25 years in business learning and applying the lessons and observations attained from many great, inspirational leaders and speakers.

To this I have added my own unique approach for creating business cultures that have brought me success in sectors such as Telecommunications, the Travel Industry (Co-op Group), large contact centres, direct sales and Retail.