A two-week quarantine period for people arriving in the UK will be introduced, the government has said.

The measures are being imposed to try to prevent imported coronavirus cases infecting the population.

What are the new quarantine rules?

In its Covid-19 Recovery Strategy document, the government says quarantine measures for people arriving in the UK will be introduced “as soon as possible”.

If international travellers cannot say where they plan to self-isolate, then they will do so in accommodation arranged by the government.

The rules will not just apply to air passengers, but also to those arriving by ferry or train.

There will be some exemptions for people arriving from the Republic of Ireland as part of the Common Travel Area, and the government has already said in a separate statement that travellers from France would be exempt too.

There will also be further exemptions to allow “continued security of supply into the UK” and to support national security and critical infrastructure requirements.

Industry body Airlines UK said the policy would need “a credible exit plan” and should be reviewed weekly. UK airports fear the measures will have devastating impact on their industry and the wider economy. 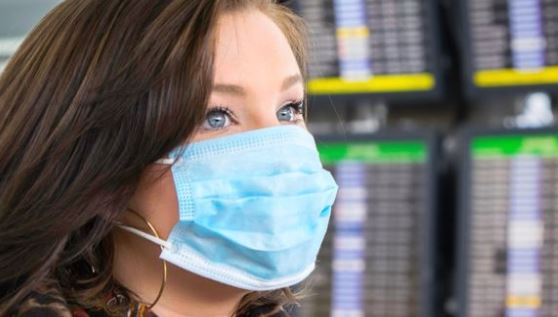 Should people be flying?

In its latest travel guidance, the government recommends only travelling when absolutely necessary.

Passengers displaying any symptoms of coronavirus should not travel.

International travellers should consult the latest FCO travel advice, and check the guidance from their destination country.

They should discuss their specific plans with their airline and inform their travel insurance provide before they fly.

The Health Secretary Matt Hancock told ITV’s This Morning programme that “big, lavish international holidays” were unlikely to be possible this summer.

What about social distancing on flights?

The government guidance says all flight passengers should remain 2m (6ft) apart from other people wherever possible.

Passengers should also follow guidance from their travel operator about where to stand or sit during their journey.

However, social distancing is a massive challenge for airports and airlines, with Heathrow boss John Holland-Kaye saying it is “physically impossible”.

Air Lingus said it would review its procedures following a claim it did not maintain social distancing among passengers on a Belfast-London flight.

EasyJet has said it plans to keep the middle seats on planes empty for a time. Emirates and the US airline Delta have announced similar plans.

But Michael O’Leary, the boss of Ryanair, has said empty seats do not ensure safe social distancing and are financially nonviable.

The International Air Transport Association (IATA), the body representing global airlines, says leaving the middle seat empty would not improve passenger safety. It says most airlines would not have made money last year if a third of the seats had been removed.

What about face masks, gloves and temperature checks?

The government is now recommending that all flight passengers should consider wearing a face covering.

People travelling through Manchester, Stansted and East Midlands airports have already been told to cover their faces and wear gloves.

Passengers will be given face coverings and gloves initially. Airport staff will also wear them.

Manchester Airports Group, which owns the sites, said the measure will show “one way in which air travel can be made safe”.

Some temperature screening trials will also be conducted at Stansted. Heathrow, one of the world’s busiest airports, is already trialling large-scale temperature checks.

Chief executive John Holland-Kaye has called for a common international standard for health screening at airports “to build confidence in international travel”.

Air France says passengers will be temperature checked before flying from 11 May. The carrier is also making face masks compulsory – similar to several US airlines.

How many people are still flying?

Far fewer people have been flying since the Foreign Office advised against international travel.

Between 16 and 22 April, for example, the number of air passengers coming into the UK was 99% lower than the same period in 2019.

American Airlines said social distancing had been possible “for all passengers”, suggesting that its aircraft have a lot of empty seats. And Virgin Atlantic said many of its flights in April were only a quarter full.

Meanwhile, Ryanair carried 40,000 passengers in April – down from 13.5 million in the same month last year.

The airline has said it plans to reintroduce 40% of its flights from 1 July, subject to travel restrictions being lifted and safety measures being brought in at airports.

The airline will operate nearly 1,000 flights a day, bringing back nearly all of its pre-Covid-19 route network.

British Airways is reviewing its plans to run 50% of its schedule from July, because of new quarantine rules.

Easyjet told the BBC that it “does not currently have a date for restarting flights,” but said it was keeping the situation under review. “We remain hopeful we will be flying over the summer,” the company added.