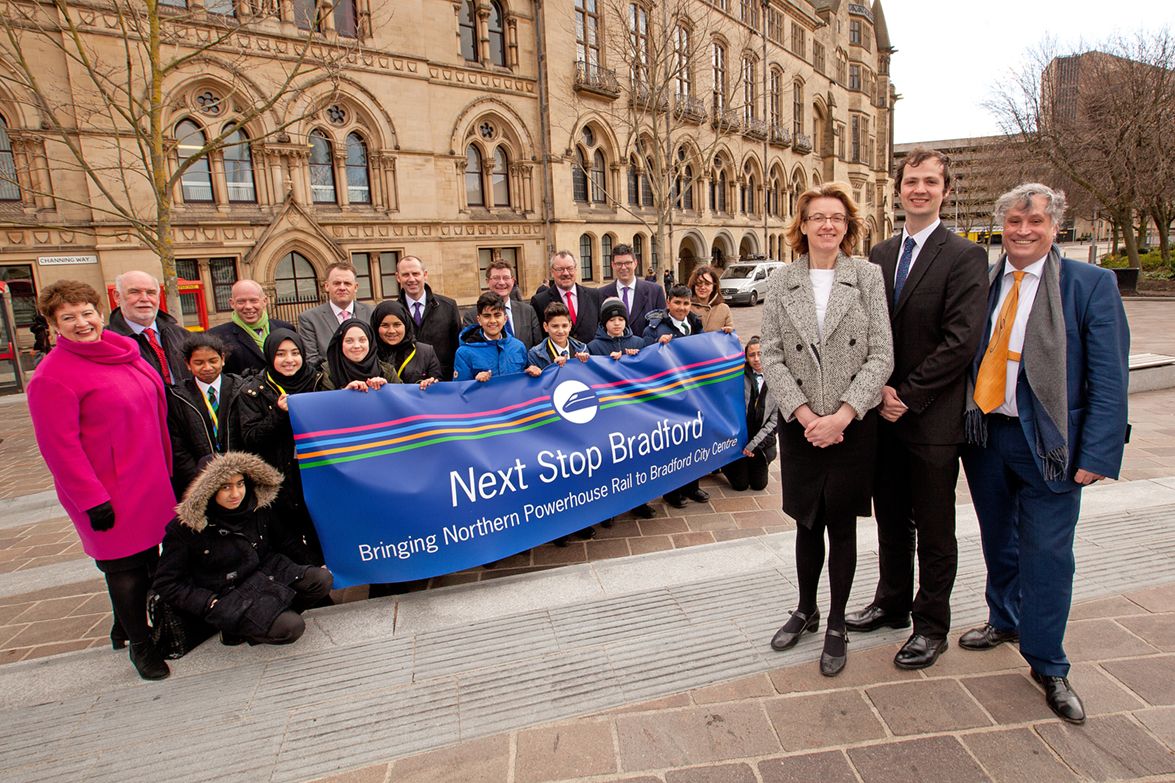 Businesses and residents across Yorkshire are invited to support the campaign to secure a high-speed rail station in Bradford city centre.

For local councils and community groups across the North, it has been a long-standing ambition to end regional imbalances, establishing the North as equally valuable destination of choice for investors and helping to rebalance and grow the national economy in the years ahead. However, in past decades the North has been hampered by underinvestment, considerably affecting cities such as Bradford, which remains the largest city in the UK not on a mainline rail connection.

Bradford is the fifth largest metropolitan authority in England, home to over 530,000 people and growing. The young and diverse city already contributes considerably to the Northern economy, housing over 17,000 businesses which report the highest rate of international trading of any district within the UK. Some of the UK’s largest companies are based in the district of Bradford, including Provident Financial, Yorkshire Building Society, Morrisons, Santander and Yorkshire Bank.

However, the huge potential in Bradford is held back by creaking infrastructure and a lack of transport investment. Launched in early 2017, the Next Stop Bradford campaign aims to help unleash Bradford’s potential by seeking to secure a new ‘high-speed’ railway station in Bradford city centre as part of Northern Powerhouse Rail.

Northern Powerhouse Rail (NPR) is a major rail programme designed to transform the northern economy and meet the needs of people and businesses. Sometimes referred to as HS3 or Crossrail for the North, this proposed investment aims to improve journey times across the country and better connect people to other modes of transport including port, rail, road and air. Currently, a train journey from Bradford to Leeds takes over 20 minutes and averages only 33mph, whilst Bradford to Manchester takes around an hour, averaging just 42mph. With a NPR station in Bradford city centre, the journey to Leeds would take 7 minutes, and the journey to Manchester just 20 minutes.

Since launching, the campaign has already gained support from business, civic and community leaders and parliamentarians. With Transport for the North currently developing its Strategic Transport Plan and a potential decision on Northern Powerhouse Rail moving closer, there is a unique opportunity to get Bradford off the branch line and deliver transformational growth for the city. With significant regeneration plans in the pipeline at sites such as One City Park, Jacobs Well and Exchange Court, it is a pivotal moment for city centre redevelopment. Bradford is well placed to build on this momentum and capitalise on the further regeneration opportunities that investment in rail connectivity could bring.

In September, Next Stop Bradford launched a campaign website which enables the public to pledge support for this investment and help demonstrate the demand to senior decision makers within Transport for the North and the government. Support from businesses and residents has been, and continues to be, vital in helping to secure a Northern Powerhouse Rail station in Bradford city centre, an investment that will have economic ramifications for decades to come.

Members of the YEN are encouraged to pledge support for the campaign and leave a positive comment outlining why you are supporting the campaign. By doing so, you are actively playing your part in helping to secure this investment for Bradford city centre which would bring benefits for generations to come.

To pledge your support visit: www.nextstopbradford.com/pledge-support